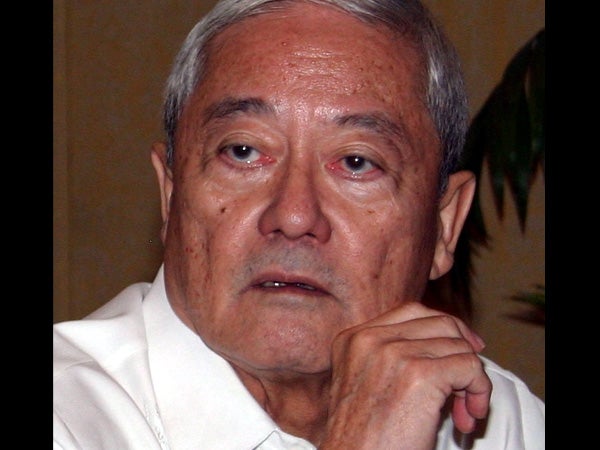 The Senate blue ribbon subcommittee investigating allegations of corruption against Vice President Jejomar Binay will subpoena businessman Roberto Ongpin to force him to appear in a hearing on a joint venture deal between his Alphaland Corp. and the Boy Scouts of the Philippines, Sen. Aquilino Pimentel III said on Friday.

Pimentel, the subcommittee chair, told Radyo Inquirer that he would have to resort to “coercive measures” to get Ongpin to testify.

He said he would also issue a subpoena to Alphaland president Mario Oreta, who was also absent in previous hearings.

Pimentel said a hearing was set for May 28 because Ongpin’s lawyer had said the businessman would be available the last week of May.

No cut for Binay

Ongpin did not show up. His lawyer informed the subcommittee that the businessman would be back in the country by the end of the month.

Ongpin and Oreta appeared in an earlier hearing, where they defended the BSP-Alphaland joint venture to develop the Makati Place project and denied that Binay received a commission from the deal.

But they did not appear in subsequent hearings.

Mercado also alleged that the BSP got the short end of the stick when it teamed up with Alphaland. The BSP’s land, which is in a prime location in Makati City, was used.

Pimentel said the subcommittee members had more questions about the project and wanted answers from Ongpin and Oreta.

Sen. Sergio Osmeña III was among those who wanted to question them, Pimentel said.

Pimentel also defended his subcommittee inquiry against criticism from Binay’s camp that it was one-sided and was taking too long.

He said the resource persons’ failure or refusal to attend the hearings was the reason why the inquiry was taking so long.

“It’s a criticism of which they themselves were the architect. Why is it one-sided? They don’t want to speak or participate. Why is it taking so long? They don’t coordinate with us for the schedule and they don’t attend the hearings. It’s all their fault,” he said.

Pimentel also said resource persons should learn to respect the processes of the Senate, because the senators would not give up going after them if they failed to show up.

The blue ribbon committee, on the recommendation of the subcommittee, earlier cited 17 resource persons for contempt and ordered their arrest.

Pimentel said he could not understand why the resource persons, if they had nothing to hide, were refusing to face the Senate.