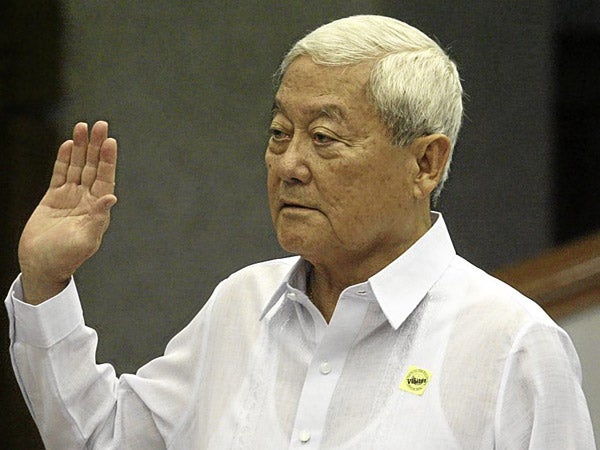 Businessman Roberto “Bobby” Ongpin and another official of Alphaland Corporation could be subpoenaed by a Senate blue ribbon subcommittee if they again failed to attend its next hearings, Senator Aquilino “Koko” Pimentel III said.

Pimentel, chair of the subcommitee, said the subcommittee would resume its hearing on May 5 and he expected Ongpin and Alphaland president Mario Oreta to show up.

If not, the senator said a committee member could move to subpoena them and compel their attendance in the next hearing on May 11.

The senator noted that Ongpin and Oreta, owner and president of Alphaland, respectively, had repeatedly been invited to the hearings but were mostly unavailable.

“Kung kailan sila pwede, i-accomodate natin sila. Pero kung parating hindi available, pwedeng umiiwas na. Hindi pwede yan,” (We can accommodate them whenever they are available. But if they are always not available, then are probably avoiding attendance. We can’t allow that) he added.

“You can invoke your constitutional rights but you can’t avoid the hearings,” the senator noted.

Ongpin and Oreta previously appeared and testified in the hearings in connection with the alleged anomalous land deal that the company had entered into with the Boy Scouts of the Philippines (BSP).

Both denied allegations that Vice President Jejomar Binay, longtime president of BSP, got P200 million kickbacks from the said deal.

Pimentel said the subcommittee would hold one or two more hearings before it wrapped up its investigation on the land deal.