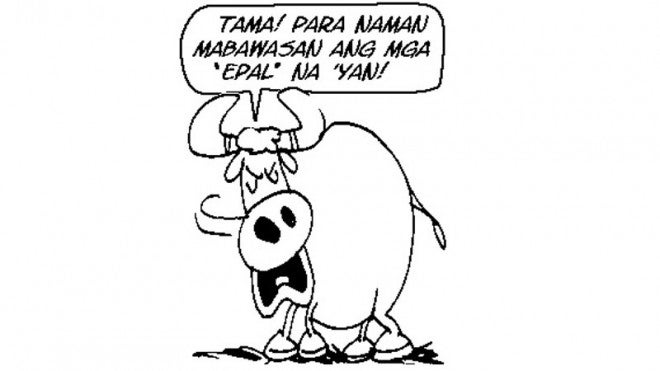 Since it cannot sanction politicians who appear to be campaigning early for next year’s polls, the Commission on Elections (Comelec) is turning to civil society groups and poll watchdogs to help sway the voting public against these “epal” candidates.

“Epal” is a play on the words “mapapel”—a Filipino slang for a scene-stealer or an attention-grabber—and “kapal,” or someone who is thick-skinned.

In a media forum on Monday, newly appointed Comelec Chair Andres Bautista urged these groups to be more active against “premature” campaigning activities by stoking the moral sensibilities of the public in choosing their candidates in the upcoming elections.

“The well-meaning civil society organizations should come out and say, ‘These are the types of candidates (running for office). Do you think they deserve our vote?’” Bautista said.

He also suggested that poll watchdogs, civil and Church groups could convey to the public the consequences of electing this kind of politicians since they have the capability to influence people in making the right choice in the 2016 elections.

There is no law prohibiting candidates from early self-promotion.

Jurisprudence, particularly the landmark decision of the Supreme Court on the Peñera v. Comelec case in 2009, has also virtually erased the concept of premature image-building and self-promotion as an election offense.

But Bautista said the issue was more of a moral problem than legal.

“To me, it’s more a moral question than legal. It’s like (they are not violating) the letter of the law. But how about the spirit of the law?” Bautista said.

Under Republic Act No. 9369, a person who files his or her certificate of candidacy shall be considered a candidate only at the beginning of the campaign period—or 90 days before Election Day in national polling.

“Unlawful acts applicable to a candidate shall be in effect only upon the start of the campaign period,” the law states.

This early, several politicians have started appearing in TV commercials, flaunting whatever achievements they may have had in the years they have been in office.

Also at the forum, retired Archbishop Oscar Cruz lamented how ethics no longer worked for these politicians.

“It’s a pity that some people seem to be already beyond what is right and wrong and it is also irritating … that everything is forgiven,” Cruz said.

The senior prelate said that, while he did not want to dictate on the voters, the way these politicians ignored “delicadeza” indicated their lack of integrity.

“I do not want to talk about what others should do but I am tired of these people who have no probity, especially when they are incompetent,” Cruz said.