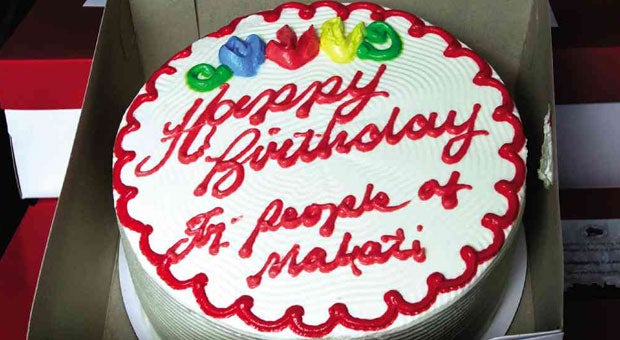 According to the Anti-Money Laundering Council (AMLC) report to the Court of Appeals in its petition to freeze the assets of Vice President Jejomar Binay, his family and suspected dummies, Millennium Food Chains Corp. was founded by the Binay children in 1997, along with Erlinda and Kim Chong, Lilia Chavez and Angelico Salud.

The court on Monday approved the AMLC petition to freeze 242 bank accounts and other assets of the Binay family and their associates.

Millennium is among the suspected dummy companies of the Binays identified in the AMLC report.

The Chongs are the owners of Cups & Mugs Kitchenette, according to a memorandum of agreement (MOA) dated Jan. 10, 2010, it signed with the city government to manage the cafeteria at Makati City Hall and Ospital ng Makati and supply the cakes the local government gives to its senior citizens on their birthday.

The contract was approved and signed by the Vice President when he was still mayor of the city.

Nancy Binay earlier denied she was involved in Millennium, but admitted knowing the Chongs. She said the business belonged to the Chongs and that they were not fronting for her.

The senator never mentioned that she and her siblings founded a company with the Chongs.

Millennium was registered in the SEC on May 16, 1997. The shareholders, apart from the Binay siblings, were Erlinda and Kim Chong, Lilia Chavez and Angelico Salud.

The official address of Cups & Mugs is 2650 Agutaya St., Barangay Pinagkaisahan, Makati City, but when the Inquirer visited the address last year, the same address was that of an eatery across the five-story Kimston building owned by the Chong family.

In the 2014 SEC records, the names of Binay’s children appeared as directors, but Chavez and Salud had been replaced by Chong’s children Irene and Kimsfer, resulting in the conclusion of the AMLC that Millennium was “a business entity of the Chong family, with the three children of VP Binay acting as directors.”

The records showed that the food company in financial statements from 2006-2010 “derived minimal income from its operation and had not declared dividends.”

The AMLC report also indicated the company had two “large transactions’’ in 2007 and another two in 2008 amounting to P7.4 million.

The Inquirer tried but failed by press time to get a reaction from Senator Binay on this story.–With a report from Christine O. Avendaño