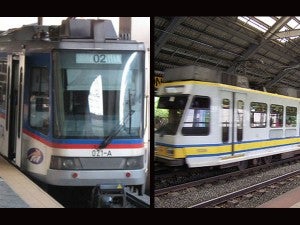 In an interview with Radyo Inquirer, LRT spokesperson Atty. Hernando Cabrera said the transition period from the old to the new system will allow commuters to still use their operational cards while the new unified tickets are being rolled out.

“In the transition period, while we are gradually introducing the new system, we will still be utilizing the old one to sustain the needs of our commuters,” he said in Filipino, adding that single-journey tickets will still be made available.

Stored value tickets in the MRT3 and LRT 1 and LRT 2 are valid only for three months and six months from the date of its first use, respectively.

“Our old stored value tickets are valid until up to six months, so they will still be circulating by September. That’s why we will still open gates to accommodate old card holders as we introduce the new system,” Cabrera added.

Cabrera also said there are proposals to introduce a system that will allow transferring the remaining load balance in stored value cards to the new “tap-and-go” tickets.

The new LRT-MRT unified ticketing system, also called the Automatic Fare Collection System, will be adopting a single card for all three of Metro Manila’s light rail trains. The installation in LRT Line 1, Line 2, and MRT 3 are seen to be completed by the end of May, June and July, respectively—just in time for the target full implementation date by September.

The new “contactless” system will also be adopting “tap-and-go” cards, meaning there’s no need for commuters to insert the ticket in turnstiles.

The new common card may also be reloaded up to a maximum of P10,000 with no expiration date.

Contrary to present single-journey cards, the unified ticket can be used in any station regardless of where a commuter bought it, Cabrera said.

“Commuters will have the option to buy tickets in the stations or at retailers outside of the stations, which may include convenience stores and other retailers that will be expressing interest later on,” Cabrera added.

The new ticket, which can be used for four years, will cost P20. Cabrera also tweeted last May 8 that the new “beep” card will not contain the last-ride bonus being enjoyed by present stored value card holders.

Last March, the Department of Transportation and Communications, the Ayala Corp. and Metro Pacific Investments Corp.-led consortium inked a 10-year agreement that will implement the P1.72-billion automatic fare collection system.

‘Tap and go’ ticket system rollout starts in May