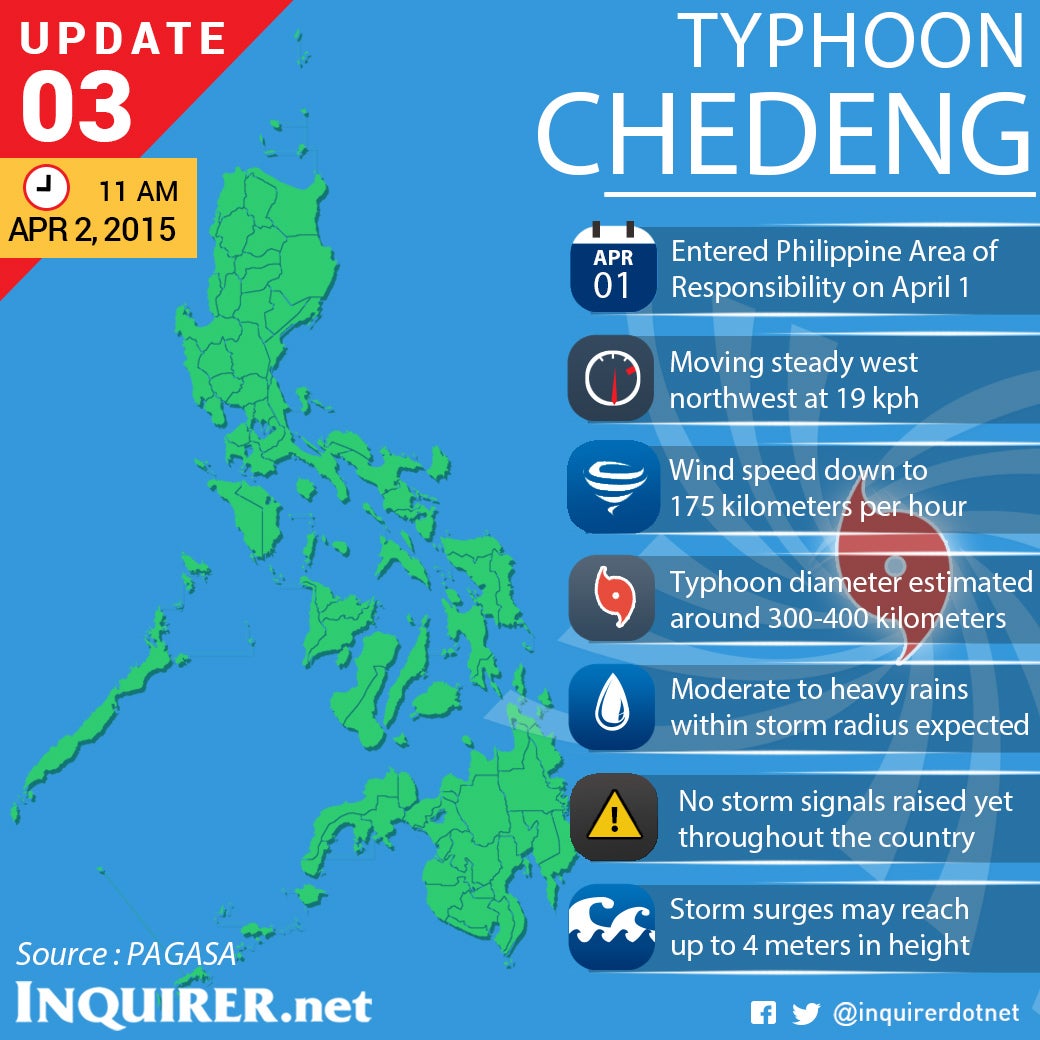 Chedeng packed maximum sustained winds of 175 kilometers per hour near the center and gusts of up to 210 kph, Esperanza Cayanan, officer-in-charge of the Philippine Atmospheric, Geophysical and Astronomical Services Administration said at a press briefing.

Cayanan said the typhoon is likely to make landfall in eastern coast of Aurora or Isabela by late Saturday to early Sunday.

When it hits the mountain ranges of Sierra Madre, it is also likely to weaken further.

Sea travel over these areas will be suspended, she added.

Storm surges and sea surface waves of up to 4 meters are possible over the eastern coasts of Samar, Bicol and Aurora-Quezon.

The typhoon is expected to exit the Philippine area of responsibility by Wednesday afternoon next week via La Union.

Chedeng was last observed 995 kilometers east of Catarman and Northern Samar. It continued to move west northwest at 19 kph.

Flashfloods over low-lying areas and landslides along mountain slopes in Aurora-Isabela are also possible.

Fisherfolks were also warned not to venture over the eastern seaboard of Bicol and Visayas. IDL