newsinfo / Nation
Nation
A YEAR AFTER SIGNING OF CAB 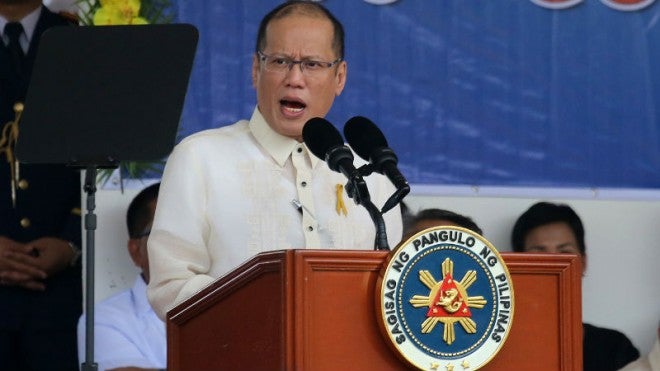 Malacañang announced that Aquino would address the nation 2 p.m. Friday to mark the first anniversary of the signing of the historic Comprehensive Agreement on the Bangsamoro (CAB).

READ: Facts about the Comprehensive Agreement on the Bangsamoro

Palace insiders, in separate interviews, told the Inquirer that in his speech, President Aquino would name the seven recognized leaders of society who would convene a “citizens’ conclave.”

The conclave would come up with methods how to make the public have a deeper and broader understanding of the proposed Bangsamoro Basic Law (BBL).

One of the Inquirer sources said that Manila Archbishop Luis Cardinal Tagle would be one of the convenors of the conclave.

The BBL is the key piece of legislation that needs to be passed for the creation of a Bangsamoro autonomous region, described as the realization of the Moro people’s desire for self-determination.

Read Next
CBCP: There is no need for divorce in PH
EDITORS' PICK
NUSTAR Resort and Casino: Cebu’s next lifestyle and leisure gem
EDITORIAL: Solo parents deserve more
Enjoy the best of city living at SMDC’s Fame Residences
Step up your vlog game with vivo’s newest smartphone
No more need to quarantine foreign arrivals if fully vaxxed
Guanzon: Senator behind delay in Marcos DQ case
MOST READ
Guanzon gives Ferolino until Monday to release reso on Bongbong Marcos’ DQ cases, or else
Guanzon: Senator behind delay in Marcos DQ case
Palace: Facility quarantine no longer required for fully vaxxed travelers starting Feb. 1
Pacquiao: Filipinos shouldn’t vote for Isko, Marcos due to corruption issues
Don't miss out on the latest news and information.