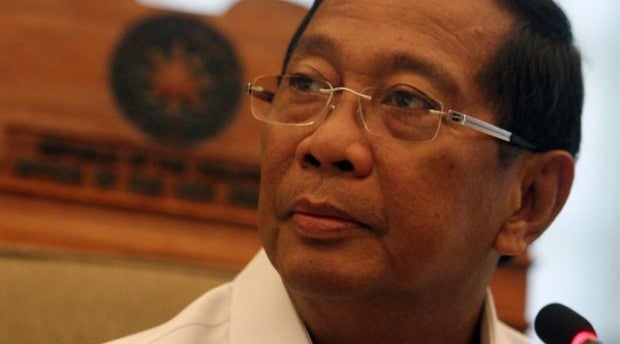 Voter reference for Binay increased from 26 percent in November last year to 29 percent in March.

The poll, conducted from March 1 to 7, also showed that while Senator Grace Poe retained the number two spot, her voter preference rating dropped from 18 percent to 14 percent.

Manila Mayor and former president Joseph Estrada inched higher with 12 percent (up from 10 percent last quarter) while Davao City Mayor Rodrigo Duterte, who was previously not included in the survey questionnaire, tied with him at fourth place. 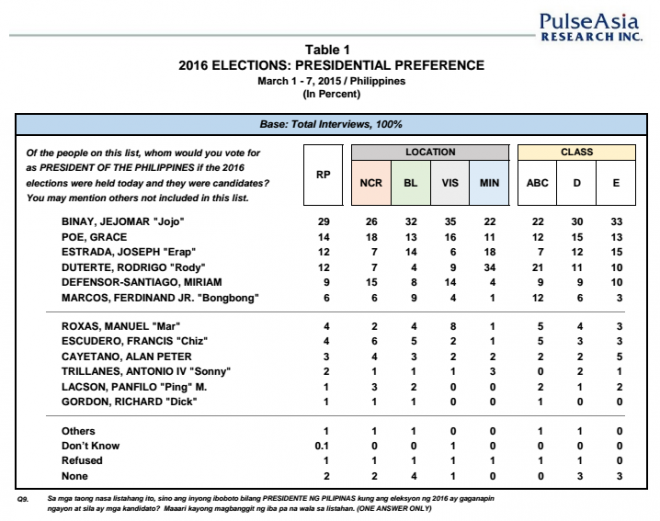 Poe also retained the top spot among potential vice presidential candidates. However, voter preference for the popular senator dropped from 33 percent last quarter to 29 in March. 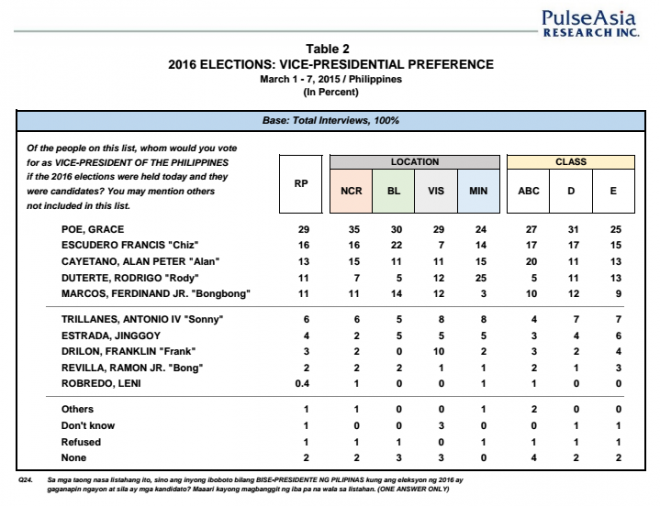 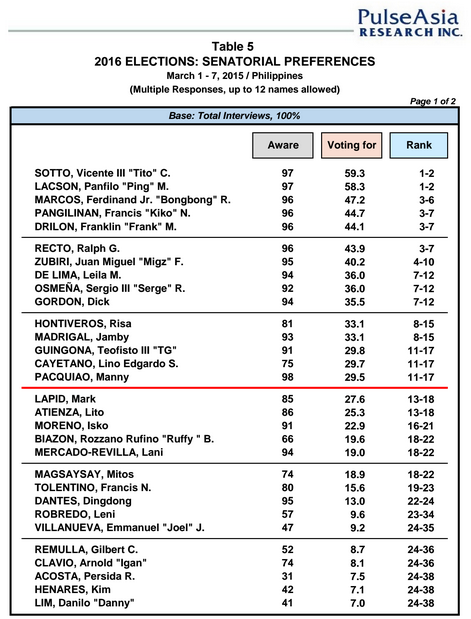 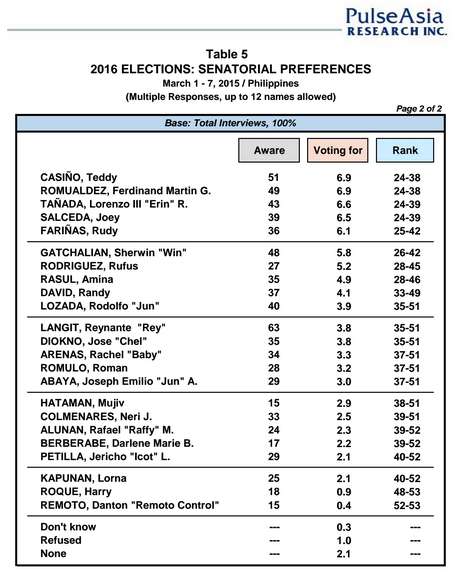