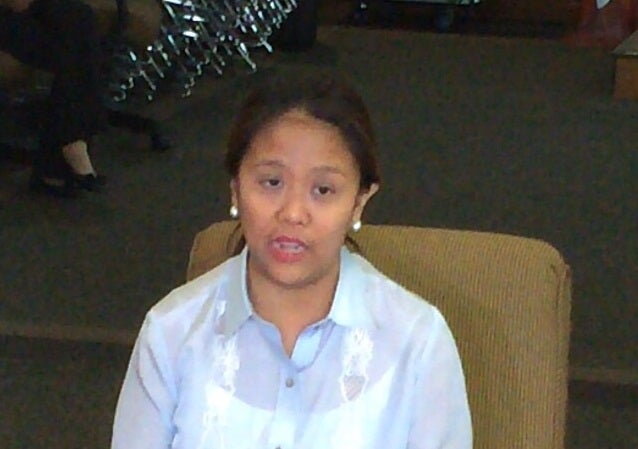 Sen. Nancy Binay speaks to the media on Wednesday regarding the suspension of his brother Makati Mayor Junjun Binay. NINO JESUS ORBETA

MANILA, Philippines — Senator  Nancy Binay   questioned on Wednesday the undue  haste at how the Office of the  Ombudsman ordered the suspension  of  her brother, Makati Mayor  Jejomar “Jun-Jun” Binay.

The senator said  the suspension was part of the “Oplan Nognog,” an alleged smear campaign meant to derail the presidential bid of  her father, Vice President  Jejomar Binay, in 2016.

With what’s  happening now, she said she would  not be  surprised  if there will also be efforts to go after her  or any of her siblings.

Trillanes on Binay Jr.’s suspension: It’s far from over