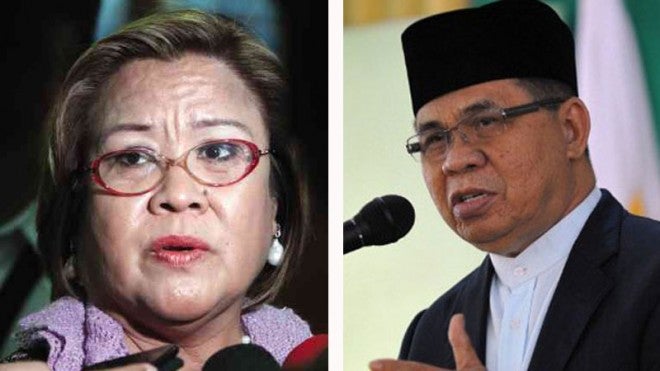 De Lima leads the Department of Justice (DOJ) probe of the deaths of 44 police commandos on Jan. 25.

She said the pending issue was to find an alternative way to “identify the assailants through their idea of the proper procedure even as we firmly stated that we see it from a normal penal law or criminal procedure vantage point.”