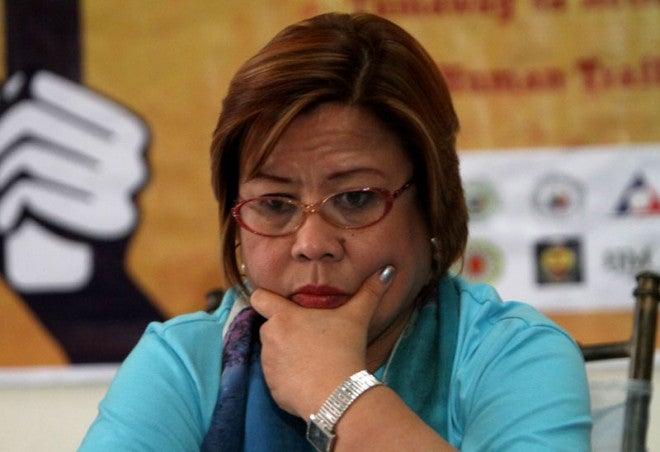 The special panel of the Department of Justice (DOJ) investigating the bloody Jan. 25 Mamasapano clash is planning to conduct an on-site inspection in Maguindanao sometime next week as it works double time to find out who should be held liable for the incident, the justice chief said Friday.

Justice Secretary Leila de Lima said she has directed the joint panel, composed of National Bureau of Investigation (NBI) agents and state prosecutors, to sacrifice their weekend in preparation for the planned ocular inspection at the cornfield where 44 commandos from the Philippine National Police- Special Action Force (PNP-SAF) were killed nearly three weeks ago.

She said the panel has already received and has begun evaluating documents from the Philippine National Police’s (PNP) board of inquiry, an independent body tasked to investigate the incident.

“I would ask them (panel members) to work double time this weekend to evaluate [the documents]… so they will be prepared when they do the ocular early next week, based on the plan,” said De Lima.

The justice chief also said Friday that the NBI has already traced the upload location of the video showing a SAF commando being brutally finished off by a gunman.

“The NBI is working already on that video, and they were able to trace already where it was uploaded. Then now the faces, they are working on identifying them. But since the investigation is ongoing, we cannot be disclosing the details,” she said.

De Lima said the planned site visit would serve to validate sworn statements of SAF survivors, including what happened at the hut where Malaysian bomb maker Zulkifli bin Hir was killed and circumstances after, such as the location of blocking forces as the commandos were supposedly on their way out of the target location.

De Lima also made reference to the testimony of Autonomous Region in Muslim Mindanao Governor Mujiv Hataman during Thursday’s Senate hearing, where he detailed the assault on Marwan’s hut.

Such an inspection would be crucial “for a thorough evaluation and case buildup,” De Lima said.

“They have a tentative plan to do an ocular [inspection] to validate what was said in the sworn statements, including [the testimony] of Governor Mujiv Hataman… about what residents in that area had told him, especially [information about] the house where Marwan was found,” De Lima said.

Assistant State Prosecutor Juan Pedro Navera said members of the panel are coordinating to firm up a schedule, and that they would proceed upon clearance by the Joint Coordinating Committee for the Cessation of Hostilities (CCCH or the ceasefire committee).

The visit would include “other relevant locations,” he said.

“We are still coordinating and checking our schedules for that. In any case, the panel is ready to access the site as soon as we are cleared by the CCCH,” said Navera..

He said the team is currently in the “tasking phase” and is giving priority to the collection of documents from the police and the military.

The panel is also working with government agencies undertaking their own investigations “to reduce, if not avoid, the duplication of tasks even as we revalidate all documents and testimonies already gathered,” Navera said.

De Lima meanwhile said NBI agents have been on the ground since she ordered the joint panel on Feb. 2 to undertake a comprehensive investigation on the incident.

The team is working under a two-month deadline, after which De Lima expects it to “identify and formulate the appropriate criminal charges that may be filed against those found to have most probably committed a criminal offense.”

“The agents have been there already right after I issued the [Department Order]. That’s when they started to gather information, trying to find out if there are other witnesses,” she said.