Vessel of 2Go slams into port 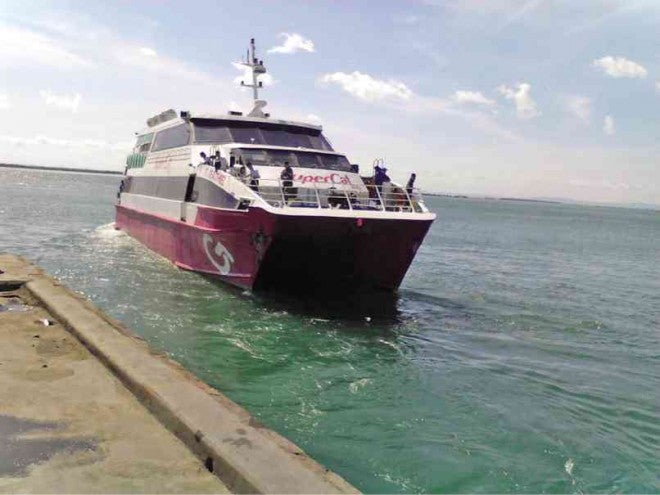 THE 2GO vessel that slammed into the port in Cebu City, injuring at least 21 passengers JHUNNEX NAPALLACAN/ INQUIRER VISAYAS

CEBU CITY—At least 21 persons were hurt on Tuesday when a vessel of the company 2Go Travel hit the docking area at Pier 1 in the city.

St. Sealthiel, which had 119 passengers on board, left the Tagbilaran City port at 6:30 a.m. and was supposed to arrive in Cebu two hours later.

Alan Gabales, a checker of Cokaliong Shipping Lines, said he noticed that the vessel turned off its engine a few meters before it could dock at its berthing space.

He said he turned his back to continue his work when he heard a loud thud.

The vessel hit a portion of the port, which is the designated berthing space for roll-on, roll-off vessels of Cokaliong and is some 50 meters away from the berthing space of the 2Go vessel.

A porter said he noticed that the 2Go vessel stopped a few meters from its berthing space.

“It must have had some mechanical problem because the engine stopped. The vessel suddenly rammed into the berthing space of Cokaliong,” said the porter, who asked that his name not be mentioned.

Porters said they saw some passengers had bloodied faces while being rushed into ambulances.