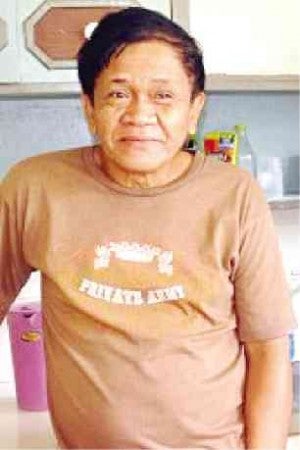 A trade union leader was found dead in Batangas City over the weekend in what militants described as the first extrajudicial killing in the Southern Tagalog region’s labor sector this year.

The body of Florencio “Bong” Romano, 63, was discovered around 6 a.m. on Sunday on the roadside in Barangay (village) Sorosoro in Batangas City, according to Hermie Marasigan, president of the Pagkakaisa ng Manggagawa sa Timog Katagalugan-Kilusang Mayo Uno (Pamantik-KMU).

It bore a single bullet wound in the chest inflicted by a 9-mm pistol and bruises all over, Marasigan said in a phone interview on Monday, citing autopsy results.

Romano was the regional coordinator of the Organized Labor Association in Line Industries and Agriculture, and a labor volunteer of the National Coalition for the Protection of Workers’ Rights (NCPWR). Both groups are affiliated with Pamantik-KMU.

The Batangas City police has remained clueless over the motive for the killing. Supt. Manuel Castillo, city police chief, said in a separate phone interview that Romano, based on their investigation, “has no business in Batangas City,” 28 kilometers from Lipa where he stayed.

Marasigan said Romano could have been killed elsewhere and his body was dumped in Sorosoro. The body was already stiff when it was found by a village official, he added.

The labor leader, he said, was last seen around 7 p.m. on Saturday.

He visited a friend in Barangay Lodlod in Lipa City, which was 30 minutes by tricycle from the NCPWR office in the city, where he was staying, Marasigan said.

Romano’s wallet, containing some P3,000 cash, and cell phone were also recovered. Police were able to trace his relatives through his cell phone.

“We firmly believe he is a victim of an extrajudicial killing. It was not like he was robbed,” Marasigan said.

Romano’s wife, Maxima, 68, said she last saw her husband on Jan. 17 when he came home to his family in Sta. Rosa City in Laguna province.

“We have already accepted his job because that’s what he chose, but he never failed to provide for his family,” Maxima said.

“He never mentioned any threat to his life or any enemy. That’s why this came as a surprise,” she added.

Castillo declined to make any conclusion, saying it “could also be something personal.”

In September 2013, Pamantik declared the disappearance of another labor leader, Benjamen Villeno, in Cavite province. It said Villeno was abducted based on his last communication that he was being “followed” by suspected members of state agencies.