‘Unang Aklat’ teaches moms to read and read to their kids 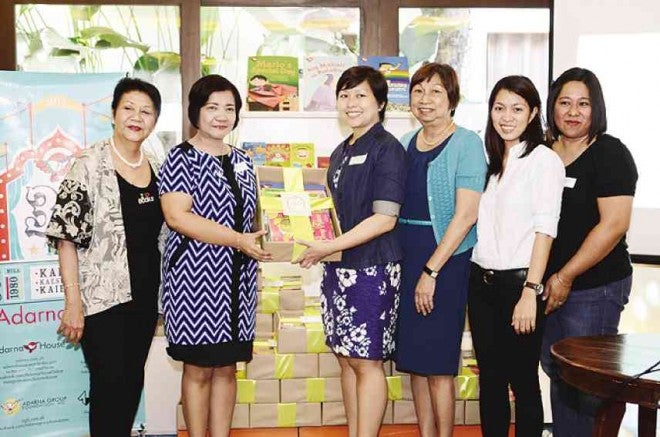 A government doctor and her staff decided to help mothers in Samal, Bataan province, improve their lives through literacy.

“We wanted to know if there would be an improvement in the lives of the women if we educated them, and if we gave their children access to books as early as under 3 years old,” said Dr. Christina Espino, the lone doctor in the fourth-class municipality.

Espino usually sees women patients in her public birthing clinic only when they are ready to deliver their babies. The women do not undergo prenatal checkups.

“They arrive in our clinic on the day they give birth. They literally bring only themselves. Nothing else, not even money,” she said.

As luck would have it, on the day Espino was asking herself how she could further help mothers, Samal Mayor Generosa de la Fuente called.

The mayor introduced Espino to Adarna Publishing House president Lyn Almario, who wanted to partner with the local Department of Social Welfare and Development (DSWD) in implementing the “Unang Aklat” program in Samal.

The publishing house forged a partnership with local officials for the implementation of the early literacy program for children 0-3 years old.

The campaign turned out to be just what Espino needed.

Adarna started sending teachers every month to teach mothers not only how to read but also how to read to their kids and how to stimulate the minds of their children.

The publishing house also regularly donates books to children appropriate to their ages.

Espino and her staff of 46 nurses and health workers grouped the children into 0-3 months,

“You could see how thirsty these children were for good, colorful books. You would see a young child pointing at something in the book to his older sibling,” she said. “One of the things we want to do is allow them to stay longer to read the books. Sometimes, they only stayed until the mother finished her checkup.”

Espino said they wanted to start with a reading room and create a program patterned after the Inquirer’s Read-Along.

As the mothers learned how to read to their children, they also improved their reading skills and expanded their own knowledge.

“I told Lyn that if we could only save one mother from ignorance, I would be happy,” Espino said. She realized it would take a few years before they would find out if they were successful, but the doctor and her staff are determined to pursue the project.

Unang Aklat is only one of the many programs Adarna has supported since it was established 35 years ago.

On the occasion of its 35th anniversary, Adarna hosted recently a thanksgiving lunch for its partners at Victorino’s Restaurant in Quezon City.

“We wanted an event … with our partners who have really helped us develop our advocacy (in literacy) … . They have shown and inspired us with the way they use our products and services in literacy,” Almario said.

She said literacy was often hindered by lack of access and the high cost of books.

Adarna, she said, was an NCR-centric company, but its partners allowed it to go beyond and reach out to more readers.

National Book Development Board Chair Neni Sta. Romana Cruz, one of the guests, advised the partners to allow the children to use the books and not to keep them on the shelves.

After all, no book left on a shelf can help improve lives.

Read Next
Best graduation day gifts to parents
EDITORS' PICK
97% of COVID-19 beds at PGH currently occupied
Gear up and get ready to play with Yamaha Mio Gear
Acer starts the year off strong with the Aspire Vero National Geographic Edition
Japan brings back virus restrictions over Omicron surge
Over 3 Million worth of prizes to be won at Smart Padala’s SENDali Manalo Promo!
Uproar over no vax, no ride policy: Maybe it’s time for gov’t to say sorry—Bello
MOST READ
1Sambayan names 7 aspirants in its 2022 Senate lineup
Emma Stone calls Andrew Garfield a ‘jerk’ after he ‘lied’ about his ‘Spider-Man: No Way Home’ appearance
Guevarra to Acosta: Obey rules on unvaccinated
PH to import 60,000 tons of fish to cover shortage
Don't miss out on the latest news and information.