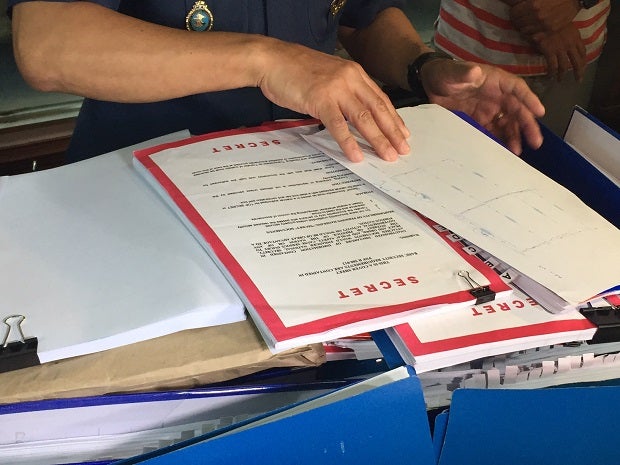 Police Director Benjamin Magalong shows to the media the bulk of papers the PNP Board of Inquiry has gathered and examined in the month-long investigation on the Mamasapano incident that killed 44 policemen. JULLIANE LOVE DE JESUS/INQUIRER.net

MANILA, Philippines — The submission of the final report of the police probe on the Mamasapano debacle has been postponed anew, the Philippine National Police said Monday.

PNP spokesperson Chief Superintendent Generoso Cerbo Jr. said the head of the PNP Board of Inquiry (BOI) looking into the deadly operation in Maguindanao had “requested for extension of submission of findings to PNP officer in charge Deputy Director General Leonardo Espina.”

In a text message, Cerbo said that BOI head Director Benjamin Magalong did not cite any reason for the extension.

Magalong heads the investigating body the PNP formed to look into the police operation against international terrorists that cost the lives of 44 policemen, 18 Moro rebels, and five civilians, including a minor.

He is also the director of PNP’s Criminal Investigation and Detection Group.

Failing that deadline, Roxas said the “latest will be on Monday.”

On Monday, Roxas said in a statement that he was expecting the release of the BOI report on Monday “in the interest of truth and accountability.”

According to Roxas, he will immediately submit a copy of the report to the President upon receipt, as well as to investigating bodies such as the Senate and the House of Representatives.