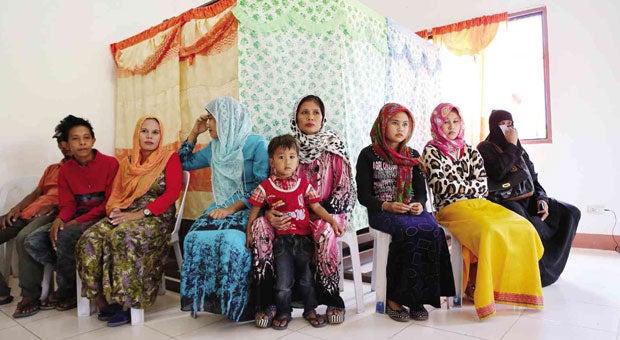 “They are all very eager to take part,” said Al Haq. “This is part of our preparations to lead our own government.”

Rey Sumalipao, Comelec director for the Autonomous Region in Muslim Mindanao, said more satellite registrations were to be conducted and these would be held in all 204 barangays proposed to be part of the “Bangsamoro entity.”

Among those who said it was his first time to register as a voter was Bashir Kalim, who looked to be in his 40s.

As early as 7 a.m., Kalim, who had his wife with him, was already waiting for his turn to enter the room where he would fill out the voter registration form.

“I registered myself along with my wife because we know that this is needed in the forthcoming plebiscite. It would be useless if there are many [Muslims] but we are not registered,” said the father of four.