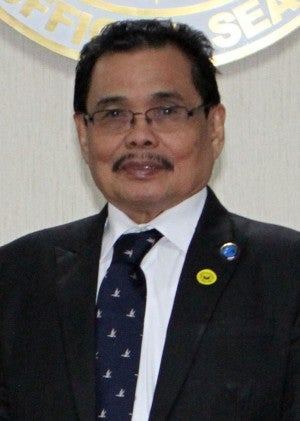 But when asked who would run and for what positions, Iqbal said he did not know yet, saying it would be premature to give details.

“In the interim, there will still be the Bangsamoro Transition Authority, but after that, it’s a free for all,” Iqbal said.

“Whoever wins will run the Bangsamoro government,” he added.

The draft Bangsamoro Basic Law, or the law that will provide how the Bangsamoro shall be governed, will still have to be passed and ratified by Congress, before it is submitted to the people in a plebiscite.

“There have been talks of setting up a political party but I hope the decommissioning will be completed before 2016 because it would be unthinkable for an army to participate in the elections,” Delez said.

Iqbal said the decommissioning of another 35 percent would take effect upon the organization and the establishment of Bangsamoro police; and another 35 percent, after the full implementation of all the agreements and the documents they have signed.

“Decommissioning does not mean you have to surrender or destroy your firearms,” Iqbal said.

“May nakakabit ang mga iyan (there are conditionalities attached to each of its phase),” he said.

Iqbal also expressed confidence that Congress would pass the BBL before June 2015.

“I think BBL will pass through Congress,” Iqbal said.

“We have been very consistent in saying that we trust the collective wisdom of the members of Congress,” he added.

He described the reception of the peace agreement among Christian communities as generally “warm,” noting the enthusiasm and warm reception expressed by Cotabato Archbishop Orlando B. Quevedo and Fr. Eliseo Mercado Jr. in Cotabato City, although fears have been expressed in Basilan and Zamboanga City, which Iqbal said were unfounded. When asked about the critics and spoilers, he said, “That’s a reality for all peace settlement, but what’s important is, at the end of the day, we’ll be able to handle all those issues and move forward until we finally settle them.”