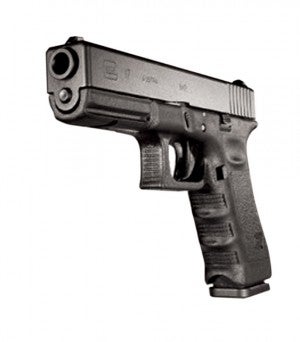 MANILA, Philippines — An official of a nationwide gun owners’ group on Tuesday said the shooting of Vice Governor Jolo Revilla was self-inflicted, contrary to the claim of Revilla’s family saying it was accidental.

In an interview in the morning show “Umagang Kay Ganda,” Peaceful Responsible Owners of Guns (Pro-gun) acting secretary general Atty. Ernesto Tabujara said that considering the trajectory of the bullet and the gunshot wound in Revilla’s chest suggests that he shot himself.

Was someone else involved?

“Kung mayroon mang aksidente, parang napakaibang aksidente yun. Baka may ibang tao, di natin alam,” (If it was an accident, it seems so strange. Maybe someone else was involved, we don’t know) Tabujara said.

He also said that even members of the group weighed in on the issue, saying that it is “impossible” to shoot yourself in the chest when you are cleaning a gun.

Tabujara continued, “Usually, kapag pinutukan ka, sa paa dahil nakaturo sa baba. O kaya sa hand mo. Pero sa chest, parang dapat nakaturo yung baril sa iyo,” (Usually, if you are shot, it’s in the foot because the gun is pointed down, or in your hand. But if in the chest, the gun is pointed at you.)

Be safe in cleaning guns

Tabujara reminded the public about gun safety, emphasizing that gun owners should make sure that the gun is not loaded when cleaning it.

In a press conference on Tuesday, PNP spokesperson C/Supt. Generoso Cerbo Jr. said that as a general rule, “do not point the gun to a person or to yourself” when cleaning a gun.

Revilla was rushed to Asian Hospital and Medical Center on Saturday morning when he sustained a gunshot wound in his upper right chest. Speaking for the family, Atty. Raymond Fortun said that Revilla was cleaning a .40 Glock handgun when it accidentally went off.

The vice governor is still in the ICU after he underwent an operation to drain blood from his lung.