‘I made a mistake’ says Jolo Revilla on ‘accidentally’ shooting self 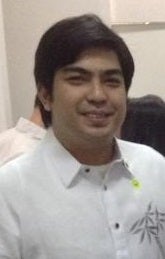 MANILA, Philippines ― “Nagkamali ako.” (I made a mistake.)

That was the admission of Cavite Vice Governor Jolo Revilla on Sunday after shooting himself in what his lawyer Raymond Fortun said was “accidental.”

In a medical bulletin issued at 5 p.m, Revilla was brought back to the intensive care unit of the Asian Hospital after undergoing an operation to stop the internal bleeding sustained from the gun shot wound in the upper right portion of his chest.

In a post on her Facebook account, Revilla’s mother and Cavite second district representative Lani Mercado said that a half liter of his blood was drained from his lungs.

The operation lasted for two and half hours where a tube was inserted in his lungs to drain excess blood.

Mercado-Revilla asked for prayers for the recovery of his son.

“Please continue to pray for him,” she said.

Only family members are allowed to visit Revilla due to his “delicate” condition following the operation.

Revilla suffered a single gun shot wound after a .40 Glock hand gun “accidentally” went off while cleaning, the family claimed.

Meanwhile, detained Senator Ramon “Bong” Revilla Jr. will ask for a 24-hour furlough to visit his son at the Asian Hospital.

Fortun said the furlough would be filed before the Sandiganbayan by Monday or Tuesday. AJH; With reports from Bayani San Diego and Kristine Mangunay