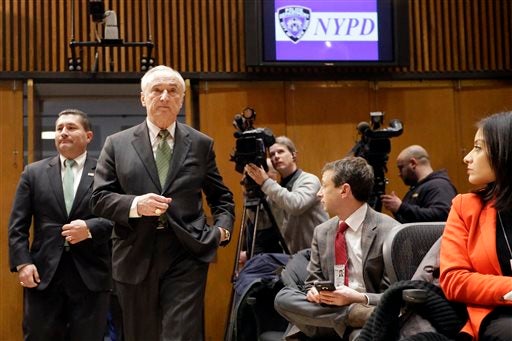 From Iraq and Syria, where Islamic State militants abducted Christians and destroyed Mesopotamian relics, to arrests of suspects in New York and a Muslim group in Britain shedding light on the possible identity of a British-accented militant from IS beheading videos, the extremist group dominated the headlines on Thursday around the globe.

Here are the latest developments.

The number of Christian Assyrians abducted by the Islamic State group in northeastern Syria has risen to 220 in the past three days, as militants round up more hostages from a chain of villages along a strategic river, activists said Thursday. The wave of abductions, which started on Monday, is one of the largest hostage-takings by the Islamic State since the militant group captured large swaths of Syria and Iraq last year.

The Britain-based Syrian Observatory for Human Rights said the militants picked up dozens more Christian Assyrians from 11 communities in Hassakeh province. The province, which borders Turkey and Iraq, has become the latest battleground in the anti-IS fight in Syria.

The mass abduction added to fears among religious minorities in both Syria and Iraq, who have been repeatedly targeted by the Islamic State group. 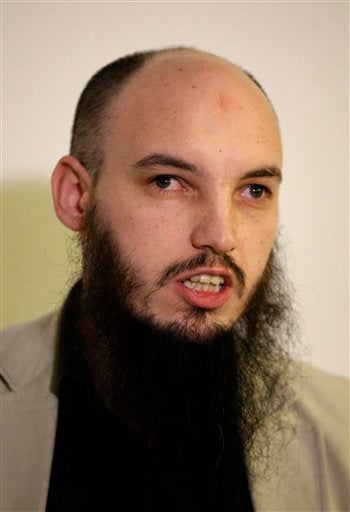 Cerie Bullivant talks at a press conference held by the CAGE human rights charity in London, Thursday, Feb. 26, 2015. A British-accented militant who has appeared in beheading videos released by the Islamic State group in Syria bears “striking similarities” to a man who grew up in London, a Muslim lobbying group said Thursday. Mohammed Emwazi has been identified by news organizations as the masked militant more commonly known as “Jihadi John.” AP

The IS released a video on Thursday showing militants using sledgehammers to smash ancient artifacts in Iraq’s northern city of Mosul, describing the relics as idols that must be removed.

The five-minute video shows a group of bearded men inside the Mosul Museum using hammers and drills to destroy several large statues, which are then shown chipped and in pieces. The video then shows a black-clad man at a nearby archaeological site — known as Nirgal Gate, one of several gates to the capital of the Assyrian Empire, Ninevah — drilling through and destroying a winged-bull Assyrian protective deity that dates back to the 7th century B.C.

A bearded man is seen in the video, standing in front of the partially demolished winged-bull, telling Muslims that “these artifacts that are behind me were idols and gods worshipped by people who lived centuries ago instead of Allah.”

Although the video could not be independently verified it appeared authentic, based on AP’s knowledge of the Mosul Museum.

A Muslim lobbying group said it may have identified the British-accented militant who has appeared in beheading videos released by the Islamic State group.

CAGE, a London group that works with Muslims in conflict with British intelligence services, said the man commonly known as “Jihadi John” bears strong similarities to Mohammed Emwazi, a former university student who reportedly grew up in London.

However, Asim Qureshi of CAGE said that because of the hood worn by the militant, he “can’t be 100 percent certain.”

The Center for the Study of Radicalization and Political Violence at King’s College London, which closely tracks fighters in Syria, also said it believed the identification was correct.

Masked, knife-wielding “Jihadi John” appeared in a video released in August showing the slaying of American journalist James Foley, denouncing the West before the killing. A man with similar stature and voice featured in other beheading videos.

Three men were arrested Wednesday on charges of plotting to help the Islamic State group wage war against the United States, and federal officials said one of them spoke of shooting President Barack Obama or planting a bomb on Coney Island.

Two of them — Akhror Saidakhmetov and Abdurasul Hasanovich Juraboev, both arrested in New York — were vocal both online and in personal conversations about their commitment and desire to join the extremists.

Saidakhmetov, 19, was arrested at Kennedy Airport, where he was attempting to board a flight to Istanbul, with plans to head to Syria. The 24-year-old Juraboev had a ticket to travel to Istanbul next month and was arrested in Brooklyn. The two were held without bail after a brief court appearance.

A third defendant, Abror Habibov, 30, is accused of helping fund Saidakhmetov’s efforts. He was ordered held without bail in Florida. If convicted, each faces a maximum of 15 years in prison.