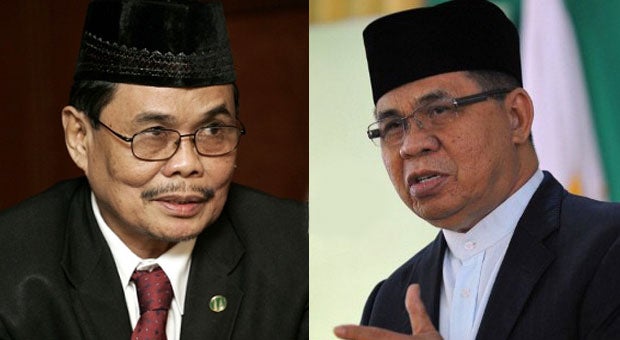 “The directive is clear for our men to step aside and give way to the military operation,” Iqbal said.

“Our only concern and appeal to the military is to ensure the safety of the civilians,” he said.

Marwan was killed in that operation, but the SAF commandos lost 44 of their own in clashes with Moro rebels as they withdrew from the town.

Gazmin defended the offensive against the BIFF, saying Catapang ordered it to stop the violence and the continued displacement of civilians in the affected villages in Maguindanao and North Cotabato.

He said the proposed Bangsamoro region would be better off without recalcitrant elements like the BIFF.

Gazmin also appealed to the public to continue to trust the military and in its capability to protect the people and the state.

“We are doing all we can to maintain peace so economic development could take off. That is why we really need the communities to get rid of the BIFF and other lawless elements,” he said.

The evacuees, he said, are being assisted by the Department of Social Welfare and Development.

Padilla cited information that the BIFF was trying to occupy a portion of the MILF-occupied villages, sparking violence that made the evacuation of civilians necessary.

He said the Army, backed by artillery and air strikes, intervened this week to stop the fighting and drive away the BIFF.

No fighting between the two groups has been reported in the past two days, he said.