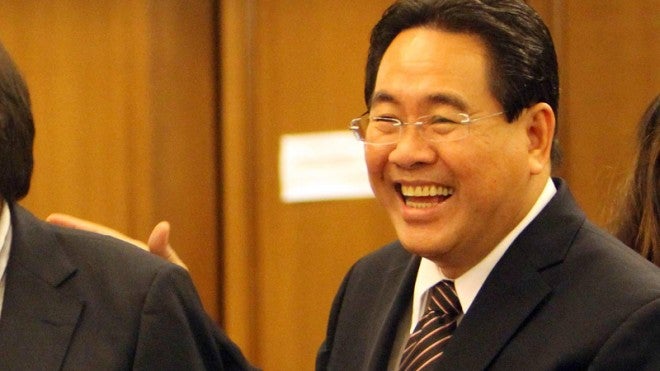 MANILA, Philippines–Images of wailing widows and cold-hearted Muslim leaders have made the House of Representatives lose its appetite for talking peace with Moro rebels.

The chair of the ad hoc committee on the draft BBL said the suspension would allow the panel more time to read the fact-finding reports of Deputy Director General Leonardo Espina, officer in charge of the Philippine National Police, and Gen. Gregorio Pio Catapang Jr., chief of staff of the Armed Forces of the Philippines.

Rodriguez said he had no firm timetable for the resumption of the hearings.

He said his panel would also give way to attendance in the joint House investigation into the Mamasapano killings to be conducted by the committees on public order and safety, peace, unification and reconciliation and national defense.

Issues critical to the formation of the Bangsamoro police, military, defense and control of the interior secretary are likely to come up in the joint hearing and are material inputs in the discussions on the BBL, Rodriguez said.

As committee chair, Rodriguez tried his best to pursue the BBL public consultation, which has covered 75 percent of the provisions in 36 hearings and five executive sessions nationwide. But with the deaths of the police commandos in an operation to arrest international terrorists in Mamasapano town, Maguindanao province, he said he was taking a cautious approach to the measure.

“This country is in a state of mourning. Every time the people see the TV footage (on the massacre), people all over the country cry. Let us have justice take its course. We can’t just say this is all right,” he said.

“We also cannot say anymore when we can resume (hearings) because we don’t know when the committees of Congress will end their hearings (on Mamasapano) and when the DOJ (Department of Justice) will be able to finish its investigation and file charges. I hope they will be quick in their investigations,” Rodriguez said.

With the suspension of the BBL hearings, Rodriguez said it would be impossible for the House leaders to approve the bill this month as originally planned. He said this would also delay the scheduled plebiscite for the BBL.

“This a major setback, 44 fallen policemen should always put a setback to any peace process,” Rodriguez said.