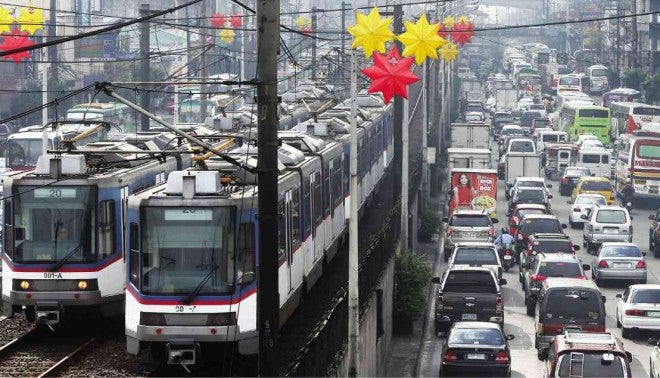 MANILA, Philippines–To encourage car owners to leave their vehicles at home and take public transportation on Edsa, the government will soon deploy 50 “express buses” that will make just two stops on the busy thoroughfare—at the pick-up point and at its destination.

The project to be launched by the Metropolitan Manila Development Authority (MMDA), Department of Transportation and Communications (DOTC) and the Land Transportation Franchising and Regulatory Board (LTFRB) is aimed at easing traffic by reducing the number of private cars on Edsa.

“The buses will travel from one point on Edsa to another without any stops. For example, the bus will come from the Ayala business center bound for Edsa North Avenue. It will travel to its destination without stopping at any point,” MMDA Assistant General Manager Emerson Carlos explained during the agency’s weekly radio program on Sunday.

He added that the launching of the project would be done during the first quarter of the year.

Asked what bus companies would be tapped for the project, Carlos said that the DOTC would be in charge of this although they would choose only from buses that already have a franchise to ply Edsa. The fare rates and bus routes were also still under study, he added.

Carlos said that after the launching of the project, the agencies would determine whether there was a need to add more express buses.