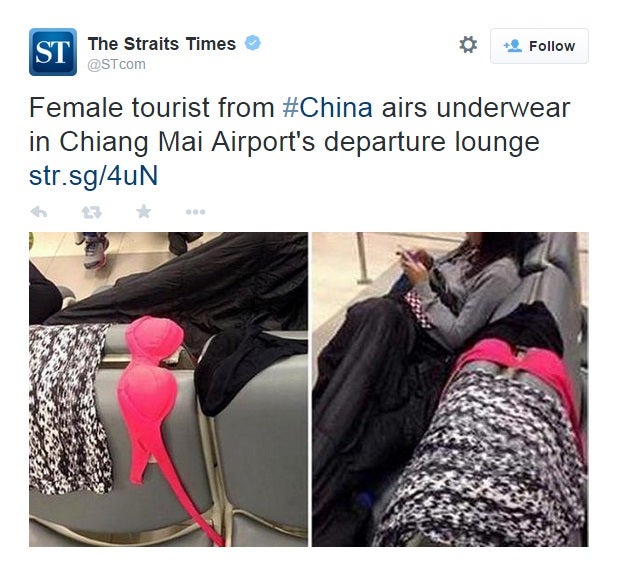 A Chinese tourist dries her wet underwear at the Chiang Mai International Airport in Thailand. Screengrab from The Straits Times’ Twitter account

The photos, which were believed to have been taken about two weeks ago, showed a woman using her phone as her pink bra and black panties lay next to her.

A public relations officer with the airport confirmed the incident, revealing that staff approached the woman to inform her not to dry her clothes in public. No further action was taken as it did not infringe safety rules, reported Bangkok Post on Feb 2.

Chinese tourists’ unsavory behavior abroad – from pouring hot water on a flight attendant to deploying a plane’s emergency slide – have hit the headlines in recent months, earning them a reputation for being bad travelers.

The president of the Chiang Mai Tourism Business Association, Pornchai Jitnavasathien, told Bangkok Post that the association will be asking Thai tour agents and guides to explain to Chinese tourists that such inappropriate behavior will hurt their overall image