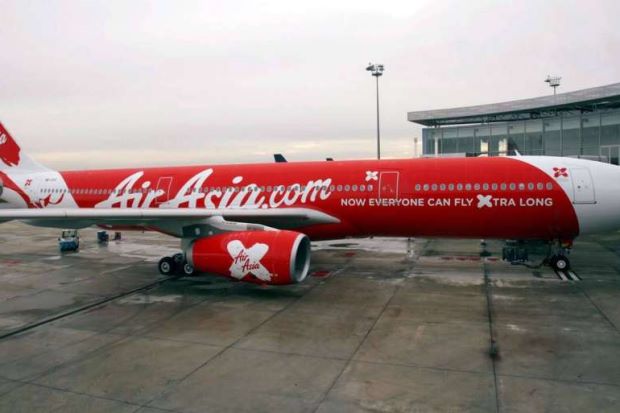 Bangkok, Thailand–A low-cost flight carrying passengers from Thailand to China was forced to return to Bangkok after a Chinese passenger threw hot water at a cabin attendant, the airline said Saturday.

Thai AirAsia Flight FD9101 departed Bangkok’s northern airport Don Mueang for Nanjing at 5:55 pm on Thursday with 174 passengers and six crew on board but was forced to turn back after one of the passengers attacked a steward.

An official said the woman and her travelling companion were initially angered at not being seated together. Other passengers moved seats allowing them to sit side by side but the pair started to argue with each other before the attack took place.

The captain of the flight, which was still in Thai airspace at the time, decided to return to Don Mueang where four Chinese passengers were ejected and detained at a police station.

The flight departed Don Mueang again at 10:45 p.m. on the same day and arrived in Nanjing Friday morning.

The airline official said police fined the Chinese passengers, adding that they left the country on Friday.

The cabin attendant received first aid on board from colleagues and was now fine, the official added.

China has seen rapid growth in outbound trips in recent years, and Chinese travelers are now the biggest source of international tourism cash in the world, according to the United Nations World Tourism Organization.

But the behavior of some Chinese tourists overseas has caused embarrassment at home.

In May 2013 a Chinese tourist was tracked down by furious netizens after it emerged he had defaced an ancient Egyptian monument.

The same month a top Chinese official said the dire manners and “uncivilized behavior” of some Chinese tourists overseas were harming the country’s image.