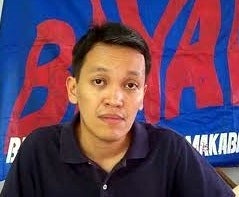 MANILA, Philippines—A militant group on Sunday claimed that unaudited intelligence and confidential funds of President Benigno Aquino III, which they refer to as “presidential pork”, were allegedly used to finance “Operation Wolverine” or the mission of Philippine National Police-Special Action Forces (PNP-SAF) in Mamasapano town, Maguindanao which resulted in the loss of 44 of its troops.

In a statement, Bagong Alyansang Makabayan (Bayan) said that the funds used to mobilize troops for the Mamasapano operation could only be authorized by Malacañang.

“If the operation was not run via the DILG (Department of the Interior and Local Government) and the PNP, then someone else must have authorized the funding. The approval can only come from one other source, Malacañang. The funding could have come from the unaudited P300 million intelligence and confidential funds of the President. It would then be easy for Aquino to deny involvement,” Bayan Secretary General Renato Reyes said.

Reyes alleged that the large sum at Aquino’s disposal allows him to launch covert operations.

“When the President has control of such unaudited funds, it is very easy for him to bypass other government agencies and embark on covert operations that can have disastrous consequences,” he added.

Last Wednesday, Aquino said that he was aware of the operation to arrest Malaysian terrorist Zulkifli bin Hir (also known as Marwan) and bomb-making expert Abdul Basit Usman yet that it did not require his go-signal.

However, relieved SAF chief Police Director Getulio Napeñas, in a report published in the Philippine Daily Inquirer on Sunday said that it was Aquino who authorized the mission.

“The President, of course, because we had been working on this mission for a long time. As I told you, it was command commitment. We knew how dangerous Marwan was and that was the basis of this operation, to save the lives of the innocent people from the Bin Laden of Southeast Asia,” Napeñas said when asked who knew of the Mamasapano operation.