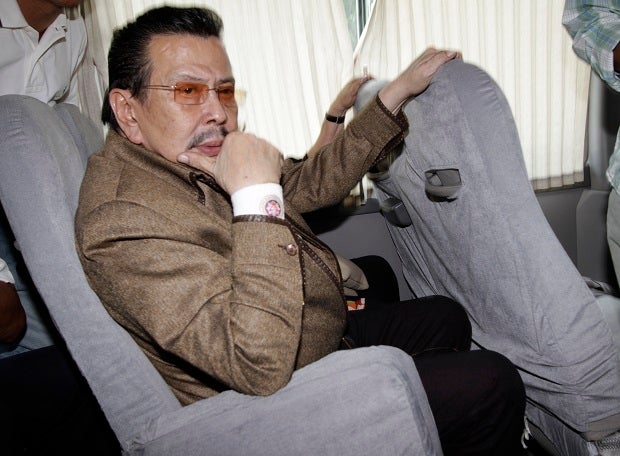 MANILA, Philippines – The Supreme Court has yet to render a decision on the disqualification bid against former president and now Manila Mayor Joseph Ejercito Estrada amid reports that magistrates were close to sealing a vote on the closely watched case.

The high court confirmed as far as this on Tuesday, amid speculation on how justices were voting on a draft ruling on the consolidated cases filed by lawyer Alicia Risos-Vidal and former Manila Mayor Alfredo Lim, who had lost to the deposed President’s successful bid to return to politics in 2013.

The court also would not say whether the case was indeed included in the agenda of the en banc session on Wednesday (Jan. 21), a meeting moved from the regular Tuesday schedule following the holiday declarations due to the Papal visit.

Rumors about a possible decision on the Estrada case have been swirling since December, before the court went on break.

Vidal had elevated to the Supreme Court her bid to disqualify Estrada after losing the case at the Commission on Elections (Comelec).

She asserted that the former President should not have been allowed to seek public office again given his plunder conviction and the life imprisonment meted him for the offense.

Former President Gloria Arroyo, now detained herself for a plunder trial, pardoned Estrada a month after his conviction in September 2007.

The Comelec had rejected Vidal’s petition citing its similarities with a disqualification bid filed against Estrada in 2010, when he sought the Presidency again. He lost to President Aquino, but showed his remaining following as he placed second overall in the polls.

In his response to the petition in 2013, Estrada said Vidal’s accusations were “insufficient to disturb” the Comelec’s decision to throw it out.

The ousted President added that the “absolute pardon” granted him by Arroyo had given him back his “full civil and political rights including the right to seek public elective office.”