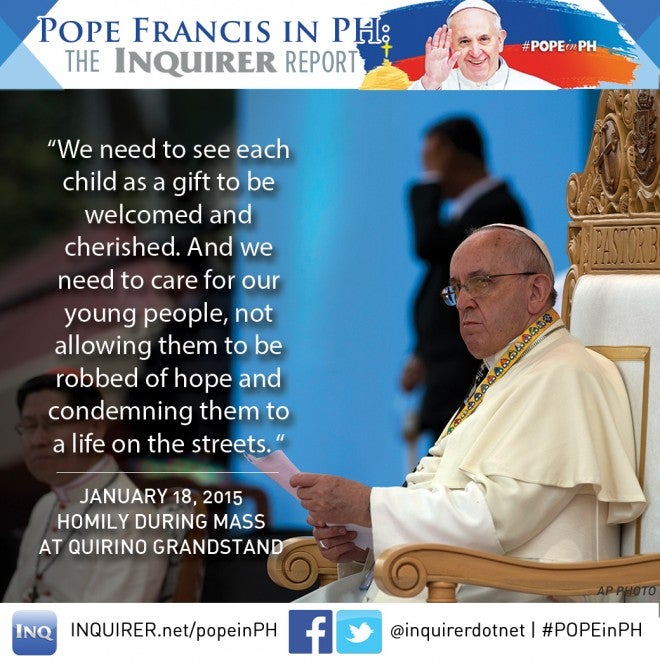 MANILA, Philippines–Every child should be seen as a gift that should be cherished and protected, Pope Francis reminded the millions of people who attended his final Mass at the Quirino Grandstand.

During his Homily, the Pope said “We need to see each child as a gift to be welcomed and cherished. We need to care for our young people, not allowing them to be robbed of home and condemned to life on the streets.”

“In the Gospel, Jesus welcomes children, He embraces them and blesses them  (Mark 10:16),” the Pope said. 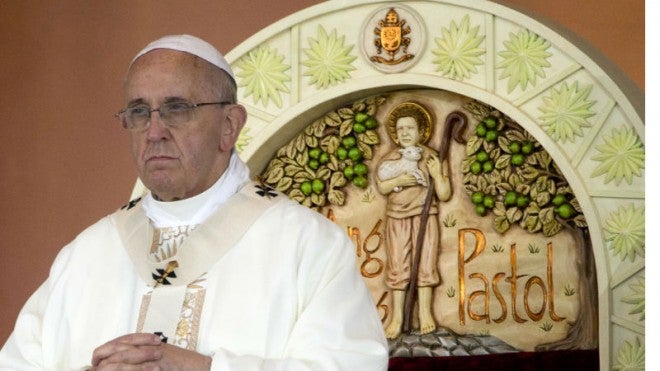 Pope Francis prays during a Mass at Rizal Park, in Manila, Philippines, Sunday, Jan. 18, 2015. Millions filled Manila’s main park and surrounding areas for Pope Francis’ final Mass in the Philippines on Sunday, braving a steady rain to hear the pontiff’s message of hope and consolation for the Southeast Asian country’s most downtrodden and destitute. (AP Photo/Alessandra Tarantino)

“We need to protect, guide and encourage young people, help them to build a society worthy of great spiritual and cultural heritage,” he said.

Joining Filipinos in their celebration of the Feast of the Sto. Niño–an image which represents the Child Jesus, Pope Francis said that the Sto. Niño “reminds us of our identity.”

“All of us are God’s children, brothers and sisters in Christ.”

His Holiness, who appeared as a lively and joyful grandfather to the millions in Luneta, coughed in between the messages of his homily after getting drenched by rains in Leyte on Saturday and Manila Sunday.

Pope Francis began his homily by reminding both the historical and spiritual value of the Sto. Niño which he said helped the spread of the Gospel in “this country” from the beginning.

Indeed, on 1521, Portuguese explorer Ferdinand Magellan presented a Santo Niño to Rajah Humabon that sparked the beginning of Catholicism in the Philippines.

“May the Sto. Niño continue to bless the Philippines,” the Pope said.

On Sunday morning, he met with religious leaders and representatives of the youth at the University of Santo Tomas in Manila where he was moved by the testimony of a young girl who asked, “Why does God allow (bad) things to happen to children.” 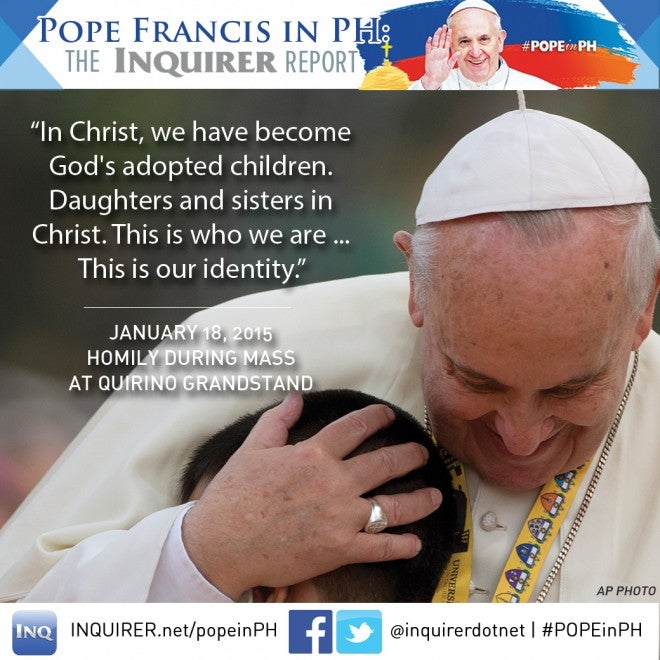 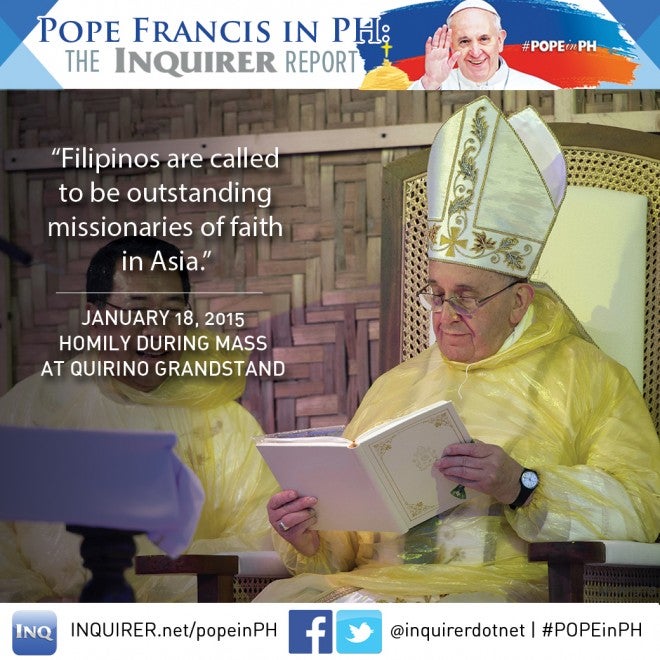 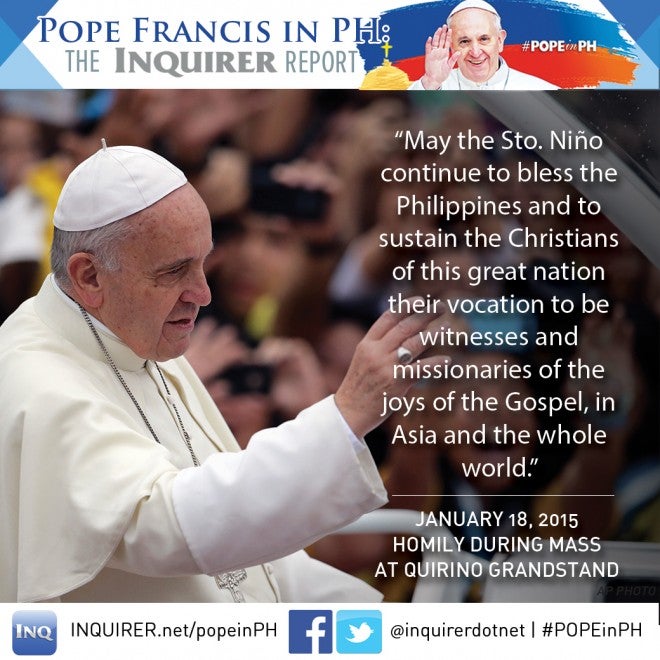