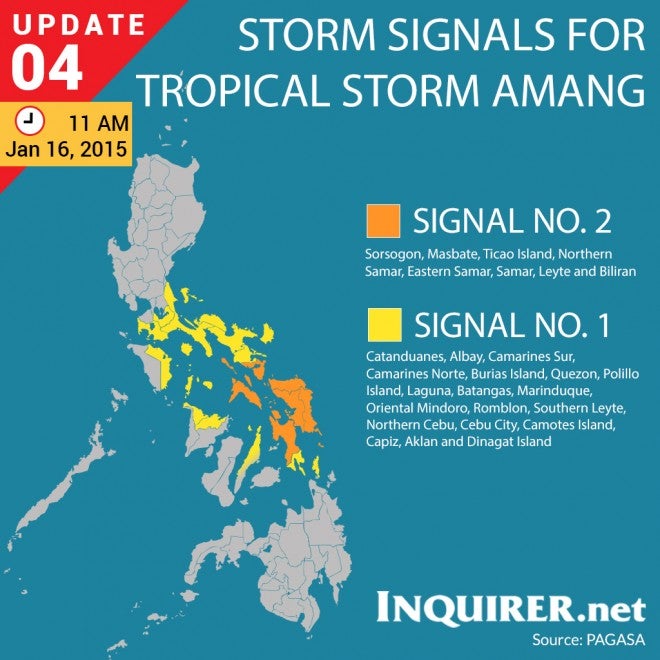 Amang was spotted 120 kilometers east northeast of Borongan City, Eastern Samar, according to the 11 a.m. bulletin of the Philippine Atmospheric Geophysical and Astronomical Services Administration (Pagasa).

Pope Francis pushed through with his trip to Tacloban City and Palo in Leyte despite the storm. The five-day papal visit to the Philippines was prompted by the desire of the Pope, the head of the Roman Catholic Church, to express solidarity with the victims of Supertyphoon “Yolanda” and other disasters.

Residents in low-lying and mountainous areas of the provinces with public storm signal are warned of possible flashfloods and landslides.