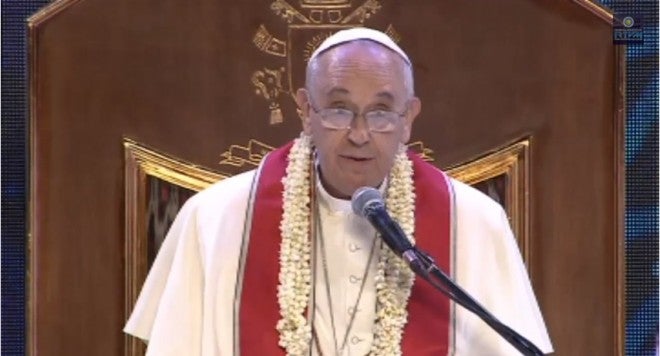 The Pope left Villamor Airbase in Pasay City onboard Philippine Airlines flight PR0810 at 7:37 a.m.—almost 40 minutes ahead of schedule—for a one-day visit to Tacloban City and Palo town in Leyte, areas heavily devastated by Supertyphoon “Yolanda” (international name: Haiyan) in 2013.

Francis pushed through with his trip to Tacloban and Palo despite public storm warning signal Number 2 already hoisted in the province of Leyte. He is expected to arrive at 8:45 a.m. The five-day papal visit to the Philippines was prompted by the desire of the Pope, the head of the Roman Catholic Church, to express solidarity with the victims of Yolanda and other disasters.

Upon arrival at the Daniel Romualdez Airport, the Pope will say a mass before thousands of Filipino devotees, mostly Yolanda survivors, then proceed to Palo town to bless the Pope Francis Center. He will also visit a mass grave in Palo Cathedral for those who died when the strongest recorded typhoon to ever hit land made landfall.

The Pontiff will return to Manila late Saturday afternoon. 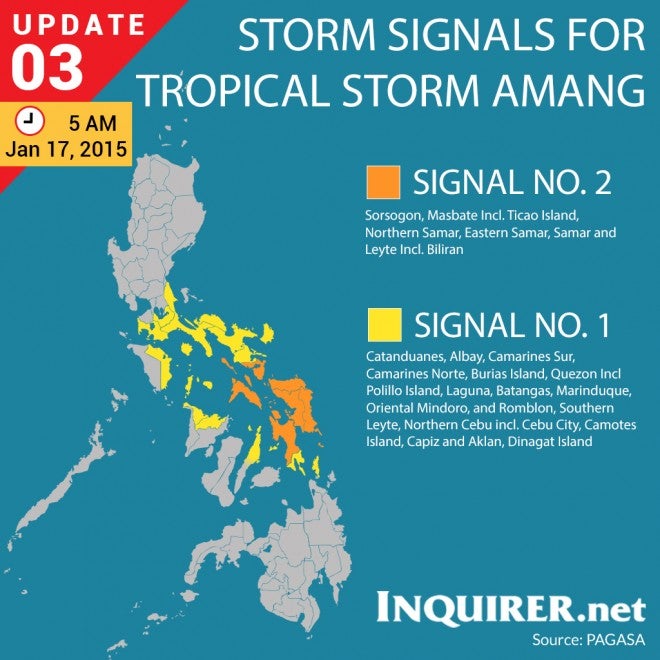