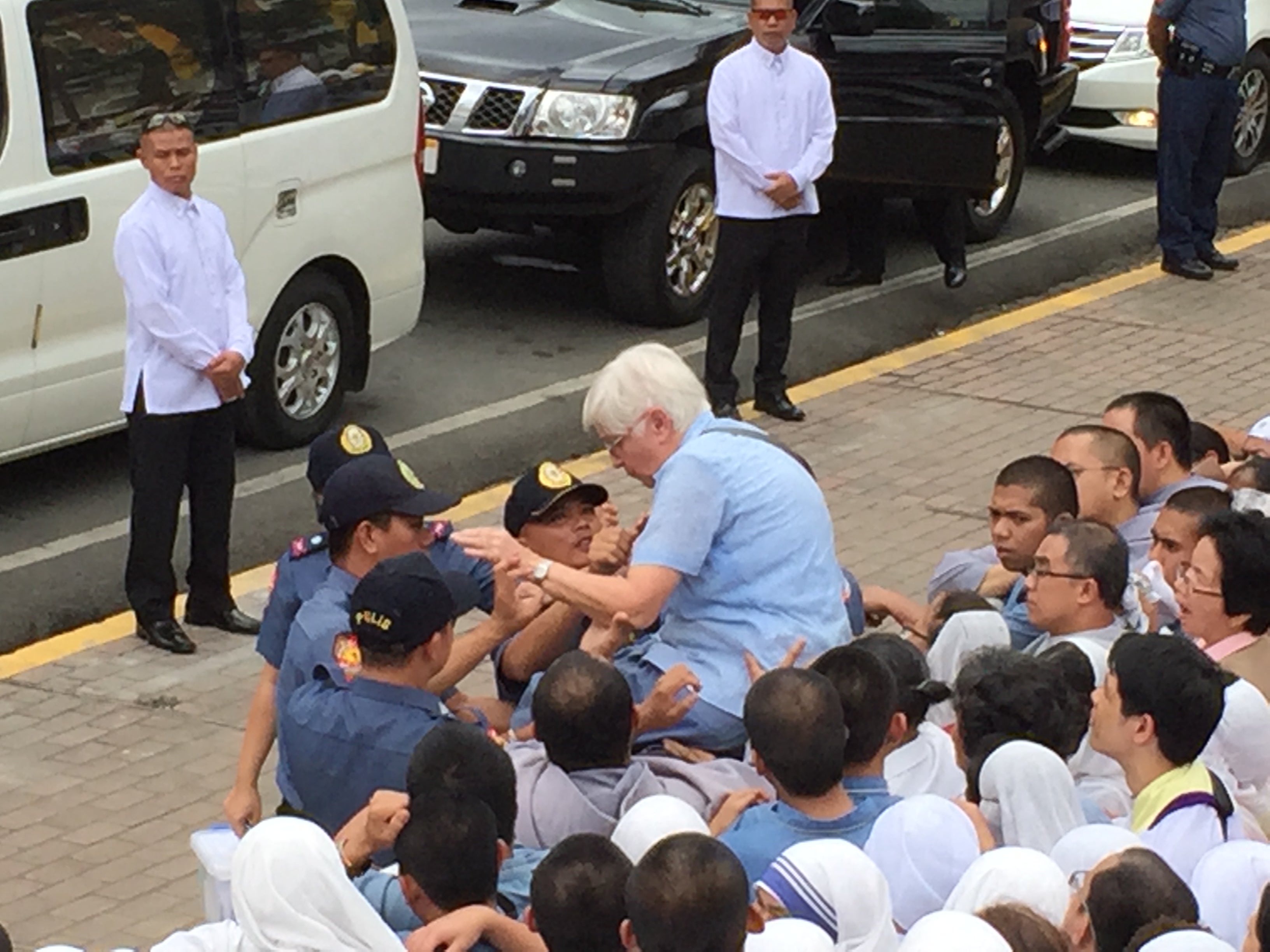 Policemen assist the elderly during the papal events in Manila. TETCH TORRES-TUPAS

MANILA, Philippines—No major incidents have been reported on people who went to see Pope Francis since his arrival on Thursday, Philippine Red Cross Secretary General Gwendolyn Pang said in a text message.

“No major incidents,” Pang said, adding since Thursday night, they have only treated five people.

One of those treated by Red Cross medics is a 54-year-old male who suffered an abrasion on his left shoulder after falling from the one-meter-high center island along Quirino Avenue. He was transported to Red Cross Field Hospital located at the Cultural Center of the Philippines.

Red Cross has also attended to a 19-year-old female who felt dizzy.

During Pope Francis’ first Mass in the country at Manila Cathedral, Red Cross gave assistance to around 10 people who felt dizzy or fainted.