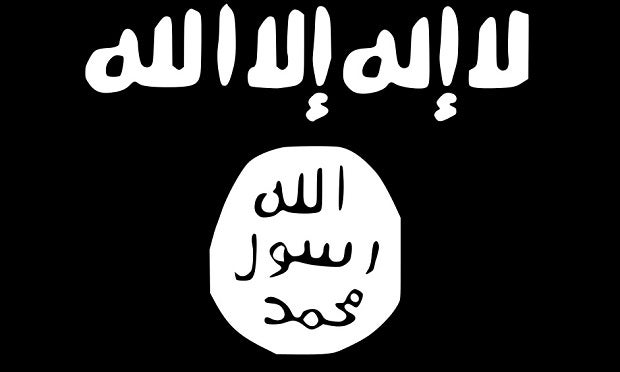 ISIS flag. A leader of the terrorist group’s religious police was found beheaded in Syria.

BEIRUT, Lebanon — Gunmen kidnapped several members of the Islamic State group’s religious police force in eastern Syria Tuesday, a day after one of the force’s leaders was found beheaded, a monitor said.

“Unidentified gunmen ambushed members of the Islamic State’s Hesbah force in the town of Mayadeen” in Deir Ezzor, the Syrian Observatory for Human Rights said.

Observatory director Rami Abdel Rahman said they were on a patrol when they were ambushed and it was unclear how many members had been kidnapped.

The incident came a day after the deputy leader of the religious police force in the area, an Egyptian, was found beheaded in Mayadeen, the Observatory said.

The group said he was found decapitated, with his body showing signs of torture and a cigarette in his mouth with a sign reading “This is evil, Sheikh.”

The Islamic State’s harsh interpretation of Islam bans smoking, and the group has regularly burned confiscated tobacco products and punished those caught smoking.

The Observatory said there were an additional two reported incidents involving attacks in the area against members of the Hesbah force.

“There is an escalation in the operations against the Hesbah because they are arresting people and insulting their dignity for reasons like smoking,” Rahman told AFP.

The Islamic State controls large swathes of Syria and Iraq and imposes its interpretation of Islam in the areas under its rule, which it calls an Islamic “caliphate.”