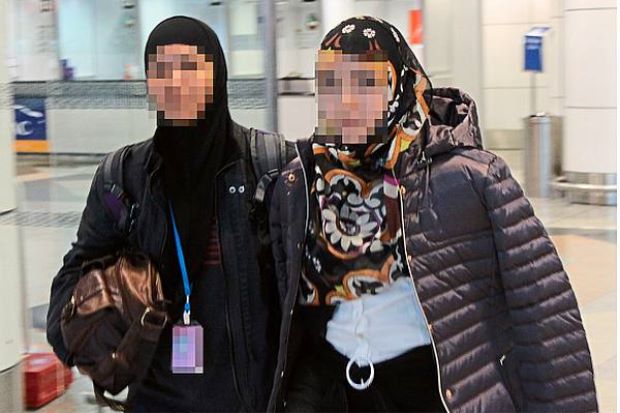 KUALA LUMPUR– A 27-year-old wo­­man, who was one of the two latest people arrested for suspected links to Islamic State, married one of its fighters over Skype.

“We believe that she was first attracted to ISIS after watching its propaganda video on YouTube in November,” said Inspector-General of Police Tan Sri Khalid Abu Bakar.

“She then got to know the North African fighter and eventually married him. He managed to persuade her to join him in Syria.”

The woman, who was detained at the KL International Airport on the eve of Christ­­mas, married the Mor­rocan ISIS fighter two weeks ago, Khalid said in a statement yesterday.

He said the woman was planning to fly to Turkey before making her way into Syria.

Sources revealed that the woman, who did not complete her Bachelor of Graphic Design at Limkokwing University, became reclusive soon after getting to know the Moroccan.

As for the second suspect who was detained on Dec 28 at KLIA, Khalid said the 22-year-old male was a public university student.

“He was influenced by videos of ISIS fighters and he interacted with Malaysian fighters in Syria.

“We will check further on the extent of his involvement,” he said.

Sources said the man was in his last semester pursuing a Bachelor in Marine Technology in UiTM Arau, Perlis.

Both the suspects were detained under the Security Offenses (Special Measures) Act, Khalid said,

The Star carried an exclusive report yesterday about the arrest of the two Malaysians.

The man and the woman were picked up by the Bukit Aman Special Branch Counter-Terrorism Division.

Their arrests bring the number of people detained for links to the ISIS militants to 51 since February last year.

Sources said it was troubling to note that undergraduates and former students were still coming under the influence of IS despite the spate of arrests.

Police are still hunting for five militants who are believed to have links with ISIS and the Abu Sayyaf terror group based in the Philippines.