JAKARTA, Indonesia—Indonesia said Wednesday it had found the tail of AirAsia Flight 8501, potentially marking a major step towards locating the plane’s black boxes and helping shed light on what caused it to crash into the sea ten days ago.

Search and rescue agency chief Bambang Soelistyo said he was sure of the discovery after seeing photographs of the underwater wreckage, on which the company logo could be seen.

The “black box” flight data recorders, crucial to determining the cause of the crash, are usually housed in an aircraft’s tail.

“We have successfully obtained part of the plane that has been our target. The tail portion has been confirmed found,” Soelistyo told reporters in Jakarta.

The plane vanished from radar screens during a storm on December 28 when it was flying from the Indonesian city of Surabaya to Singapore with 162 people on board, most of them Indonesian.

Despite a huge recovery operation assisted by various countries, progress has been patchy with poor weather conditions hampering the search. So far 39 bodies have been found, all of them floating on the sea.

Search chiefs earlier said five large parts of the plane had been detected but had not confirmed which parts of the aircraft.

“I am led to believe the tail section has been found. If right part of tail section then the black box should be there,” AirAsia boss Tony Fernandes wrote on Twitter after the announcement.

“We need to find all parts soon so we can find all (our) guests to ease the pain of our families. That still is our priority.”

Indonesia alleges the plane was flying on an unauthorized schedule when it crashed and AirAsia has since been suspended from flying the Surabaya-Singapore route.

The country’s transport ministry said earlier on Wednesday that it had fired one transport official and disciplined several others in a crackdown following the crash, as it investigates how the flight was able to depart without permission.

AirAsia Indonesia has declined to comment on allegations it violated its permits. Singapore authorities say the Sunday flight schedule had been cleared at their end.

The airline is a unit of Malaysia-based budget carrier AirAsia, which previously had a solid safety record.

Mustofa said the ministry was checking all domestic airlines for any other flight violations and would announce its findings later this week.

At Pangkalan Bun, a town on the island of Borneo with the airstrip closest to the crash site, aircraft were preparing to conduct aerial searches in the hope of spotting bodies and debris.

Dozens of military and search officials gave their salute to coffins containing the latest recovered bodies as they were carried by pallbearers to an air force plane.

The two small coffins, topped with bouquets of flowers, were due to be taken to Surabaya, where a crisis centre has been set up to identify bodies.

An initial report from the Indonesian meteorological agency BMKG has said weather was the “triggering factor” of the crash, with ice likely damaging the plane’s engines.

But it remained unclear why other planes on similar routes were unaffected by the weather, and other analysts said there was not enough information to explain the disaster until the flight data recorders were recovered. 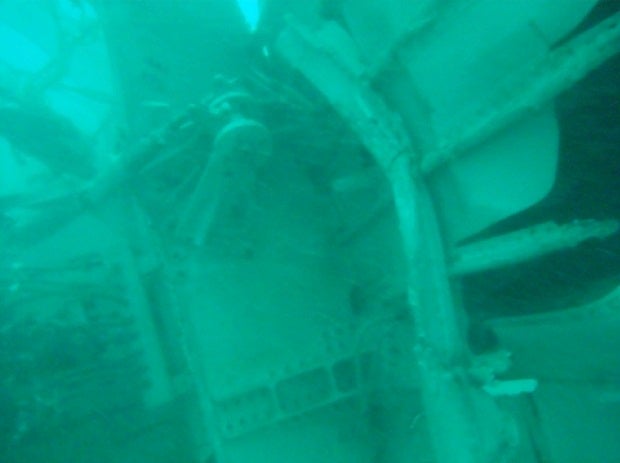 Divers and an unmanned underwater vehicle spotted the tail of the missing AirAsia plane in the Java Sea on Wednesday, the first confirmed sighting of any major wreckage 11 days after Flight 8501 disappeared with the passengers and crew members on board. AP 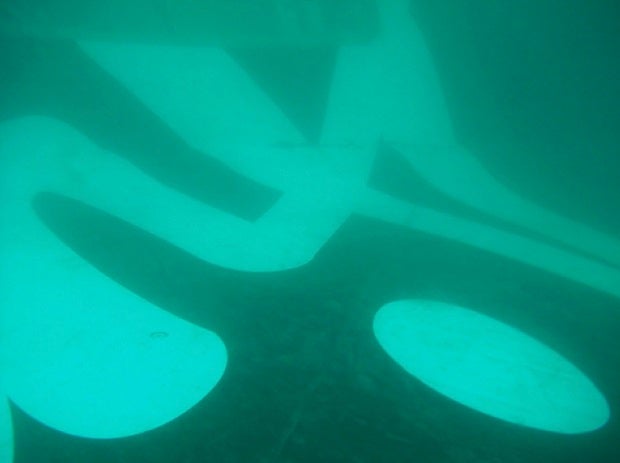 The part of the wreckage that BASARNAS identified as of the ill-fated AirAsia Flight 8501, is seen in the waters of the Java Sea, Indonesia. AP