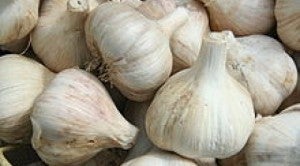 MANILA, Philippines–The unusual increase in prices of garlic from June 2013 to June 2014 was due to the collusion of agricultural trades and government officials based on the findings made by the National Bureau of Investigation (NBI).

With its findings, the NBI is already preparing the criminal case to be filed against officials of the Bureau of Plant Industry (BPI), Department of Agriculture (DA), members of the National Garlic Action Team (NGAT) before the Office of the Ombudsman.

NGAT is a special team created by Agriculture Secretary Proceso Alcala in 2012 to probe the sudden increase in the prices of garlic.

Members of NGAT are representatives from various government agencies, private sector and the academe, with the private sector composition coming mostly from farmer’s cooperatives and associations.

Also to be included in the complaint are more than 20 importers, including seven alleged “dummy entities” of Lilia Cruz, one who cornered at least 75 percent of the total garlic importation in the country using import permits issued by the BPI.

The NBI finding echoes the report of the DOJ – Office For Competition (DOJ-OFC), which recommended the abolition of NGAT for being “unnecessary, unhelpful and actually contributed to the problem.”

The report stated that NGAT conspired with farmer cooperatives to manipulate the prices of garlic.

Justice Secretary Leila de Lima said there was no shortage of garlic but in fact, there was adequate stocks.