Prohibited acts, or what not to do, on Rizal Day | Inquirer News

Prohibited acts, or what not to do, on Rizal Day 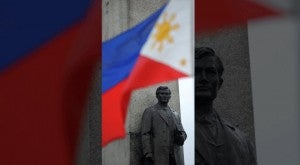 MANILA, Philippines — Unknown perhaps to many Filipinos, there are certain things that are prohibited on December 30, or Rizal Day.

The day is observed as a public holiday in the Philippines in commemoration of the martyrdom of its national hero, Dr. Jose Rizal.

Just like other holidays, it is a rest day. However there are some things that are prohibited on this day.

According to Republic Act No. 229, cockfighting, horse racing and jai-alai are prohibited during the day.

Section 1 of RA 229 states that “the existing laws and regulations to the contrary notwithstanding cockfighting, horse racing and jai-alai are hereby prohibited on the thirtieth day of December of each year, the date of the martyrdom of our great hero, Jose Rizal.”

Also, a committee would be created every year, on December 30, to take charge of the proper celebration of Rizal Day in every municipality and city as Section 2 of the act stated.

It is the duty of the municipal or city mayor to lead the committee that would be on the forefront of the ceremonies, one of which is to raise all Philippine flags at half-mast on vessels and buildings.

If a person dares to violate the rules, he is set for a small fine and some time behind bars.

According to Section 3, violators would be issued a fine of not exceeding P200 or imprisonment not exceeding six months, or both.

If the mayor of the town or city is the one who would violate, he would be suspended from his position for a month in addition to the fine and imprisonment.

Republic Act No. 229 was approved on June 9, 1948 and took effect the moment then President Elpidio Quirino signed the paper.