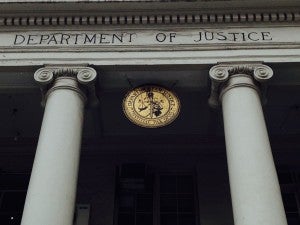 MANILA, Philippines–Justice Undersecretary Jose Justiniano, a member of the prosecution team, said he was at a loss about the sudden inhibition of the Sandiganbayan’s Fifth Division magistrates.

“I am really at a loss, to be very frank about it. I can’t say why they inhibited,” Justiniano told reporters in an interview.

“I hope the inhibition will not cause any delay in the case proceedings,” he added.

The undersecretary said Sandiganbayan Presiding Justice Amparo Cabotaje-Tang could either re-raffle the case or assign new justices and create a special division.

Justiniano said he, too, was surprised by the inhibition because upon arriving in the court, he thought the hearing would proceed as scheduled.

The DOJ official explained the two types of inhibition.

“There is what is known as mandatory inhibition–for example, when you are the judge or justice and the litigant is your relative or the lawyer is your relative or your former co-worker. In those cases, they should really inhibit. But outside those cases of relationships by consanguinity or affinity, it’s voluntary [inhibition] for the justice, but normally that is done when there is a motion filed by any party,” he said.

Justiniano said it would be up to the Office of the Ombudsman to get an explanation from the anti-graft court.

“While I’ve been deputized to act as prosecutor, I am under the direction and control of the special prosecutor of the Ombudsman so it will be their call whether they would ask the three justices to state their reasons for inhibiting themselves from trying the case,” he added.

The undersecretary said the bail hearings for Estrada’s case were ongoing. The cross-examination of principal witness Benhur Luy has concluded and the prosecution was supposed to present another witness by January, he added.