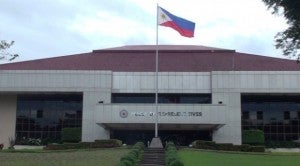 At least 149 representatives approved the granting of emergency powers to Aquino, 18 against, with no abstentions.

House Joint Resolution No. 21 seeks “to provide for the establishment of additional power generating capacity as mandated by Republic Act No. 9136, also known as the Electric Power Industry Reform Act (Epira), to effectively address the projected shortage of the supply of electricity in the Luzon grid from March 12 to July 2015.”

Aquino certified the joint resolution as “urgent” last November 27, saying that its “immediate passage will adequately resolve this emergency through the expeditious acquisition of additional power generating capacities to be used during the anticipated period of deficient energy supply.”

Before the approval of the resolution, Bayan Muna Representative Neri Colmenares manifested that the granting of emergency powers was not needed. He asked the majority bloc to consider the proposal made by Korean-owned power firm Korean Electric Power Corp.-Philippines (Kepco), which agreed to provide 500 MW during the peak months.

The resolution said the maximum projected shortfall in the summer months next year was at 1,004 megawatts (MW), 600 MW of which are needed as required dispatchable reserve, and 404 MW for required contingency reserves.

The resolution stated that “additional generating capacity shall be sourced from the Interruptible Load Program (ILP), fast tracking of committed projects, and plants for interconnection and rehabilitation.”

ILP refers to the mechanism where businesses with own generator sets will voluntary cut off supplied electricity during the peak hours of the day.

The need for a house joint resolution in order to grant emergency powers to the President was stipulated in Section 71 of the Epira, which states that “upon the determination by the President of the Philippines of an imminent shortage of the supply of electricity, Congress may authorize, through a joint resolution, the establishment of additional generating capacity under such terms and conditions as it may approve.”