‘Ruby’ weakens; signal no. 3 up in Bicol, Eastern Visayas regions 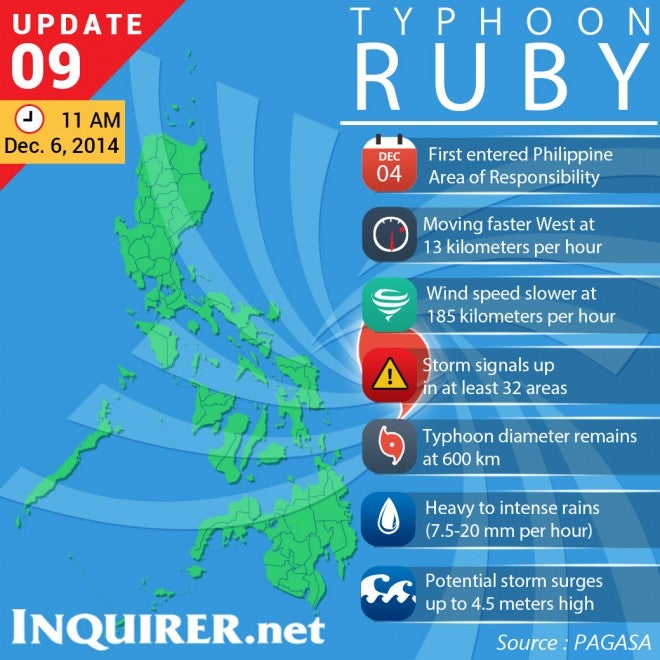 The Philippine Atmospheric Geophysical and Astronomical Services Administration (Pagasa), in its 11 a.m. bulletin, said that Ruby had slightly weakened and was now packing maximum sustained winds of 185 kph (down from 195 kph) with gusts of up to 220 kph (from 230 kph).

Science and Technology Secretary Mario Montejo warned the public, however, that Ruby was still considered a strong typhoon that is comparable to typhoon Pablo, which hit Mindanao in 2012 and left more than a thousand people dead.

In addition to Northern Samar, Eastern Samar and (Western) Samar, Ruby is expected to bring winds of 101 to 185 kilometers per hour  within at least 18 hours in Biliran and some parts of Bicol region—namely, Catanduanes, Albay, Sorsogon, and Masbate including Ticao Island.

Spotted 180 kilometers east northeast of Borongan, Eastern Samar at 10 a.m. Saturday, the typhoon is expected to move westward and maintain its course at 13 kph.

The estimated rainfall within the 600-kilometer diameter of the typhoon is from 7.5 to 200 mm per hour.

It is expected to make landfall on early Sunday morning over Eastern Samar and Northern Samar, which will bring strong winds, heavy to intense rainfall and storm surges of up to 4.5 meters.

Signal No. 2 (winds of 61 to 100 kph expected in at least 24 hours), was hoisted over Camarines Sur, Burias Island and Romblon in Luzon; Capiz, Northern Cebu including Cebu City, Bantayan Island, Camotes Island, Leyte and Southern Leyte in Visayas; and Dinagat Province in Mindanao.

At its current pace, it is expected to exit the Philippine area of responsibility by Wednesday evening.

More than 20 flights canceled on Saturday due to ‘Ruby’ 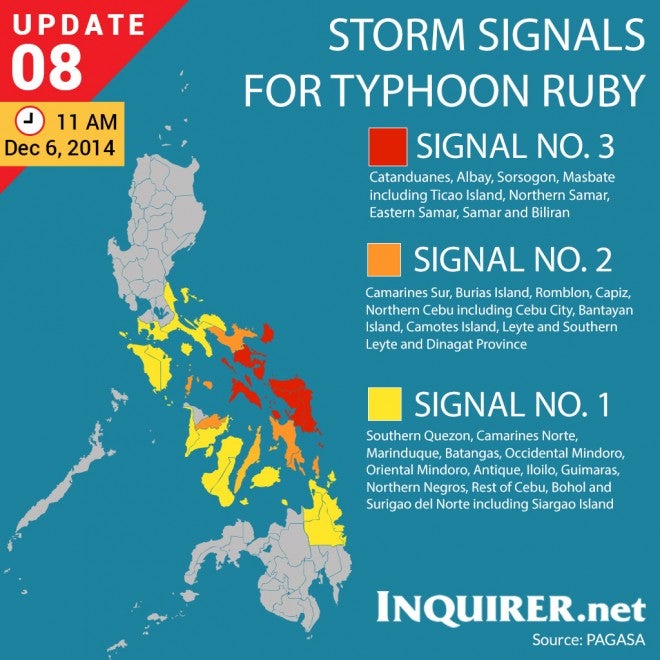 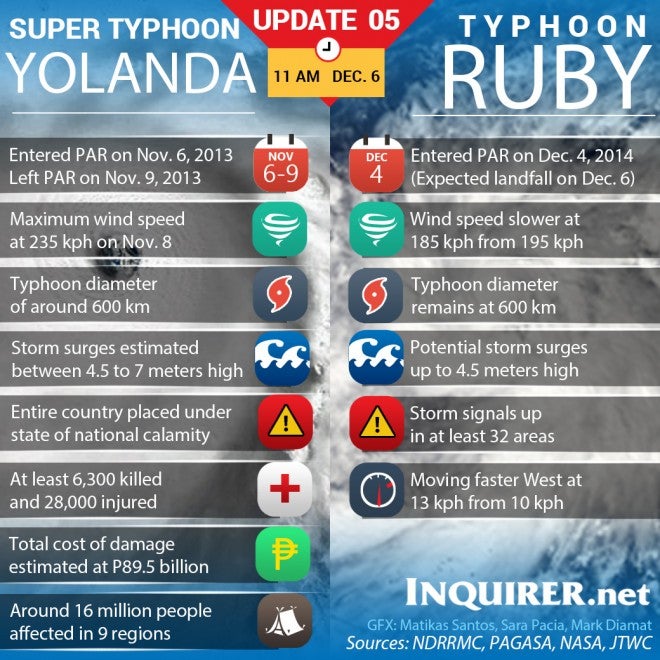