DAVAO CITY, Philippines–The military on Thursday confirmed that four soldiers were killed while two others have been taken captive by communist rebels in Bukidnon and Davao del Norte this week.

First Lieutenant Vergel Lacambra, spokesperson of the 10th Infantry Division based in Camp Panacan here, said soldiers from the 68th Infantry Battalion were conducting security patrol in the borders of Barangays (villages) Bacnotan and Halapitan in San Fernando, Bukidnon on Tuesday–following reports the rebels were to attack a road construction project in a nearby village–when the clash took place.

“The (New People’s Army) rebels detonated an internationally banned landmine, triggering a 30-minute gunfight, which resulted in the deaths of four soldiers and the wounding of three others,” Lacambra said in a media statement. 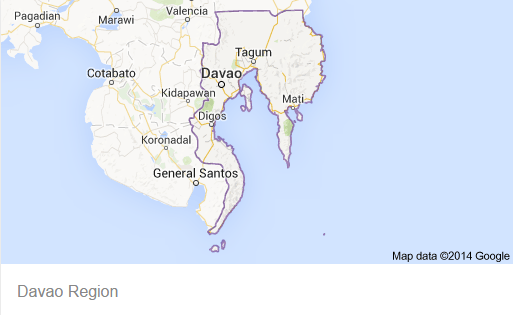 He did not identify the slain or wounded soldiers.

He said the “outnumbered” troops fought back and killed a rebel in the process.

The body of the slain rebel was recovered, along with an M653 rifle, Lacambra added.

He said in Davao del Norte, two soldiers were taken captive as they resisted a large NPA force, which raided a plantation of Japanese banana firm Sumitomo Fruits Corp. (Sumifru), in the borders of New Corella and Asuncion towns, also on Tuesday.

Lacambra said Corporal Benjamin Samano and Private First Class Mark Alvin Ricarte of the 60th Infantry Battalion had been posted at the Sumifru farm to help company guards protect the banana firm–which has been a favorite target of the rebels.

“Around 15 NPA rebels posed as workers of the banana plantation and entered the plantation, premises and simultaneously seized the private company guards. The rebels then commandeered the company’s elf truck, which they used to escape toward the direction of Barangay Napunggas in Asuncion, Davao Del Norte, along with the two abducted soldiers. The rebels carted away two M16 rifles, a shotgun, a handheld radio and other personal belongings,” Lacambra said.

He said soldiers were continuing their pursuit of the rebels.

“10th Infantry Division Commander, Major General Eduardo Año, assures the families of the two abducted soldiers in Davao del Norte that the Philippine Army will work double time and exert all efforts to rescue them,” he said.

Ka Aris Francisco, spokesperson of the NPA’s Comval-North Davao South Agusan subregional Command, said the raid was a punitive action against the Japanese company for its long list of violations.

“The NPA punished the Japanese-owned banana exporter Sumifru for its gross violations of rights of its workers. The NPA received complaints from the workers and their families that the company has imposed 16-hour work shifts without overtime pay in padlocked, jail-like building. Arbitrary termination and suspension of workers without due cause are also rampant,” he said in a separate media statement.

Francisco said that to perpetuate its violations, the Japanese banana firm also contracted the 60th IB.

“The rabidly anti-people Japanese firm continues to support the military operations of the 60th IB, the Army unit that is responsible for the illegal logging, extrajudicial killings and other human rights violations of peasants and Lumads in Kapalong and other parts of Davao del Norte,” he said.