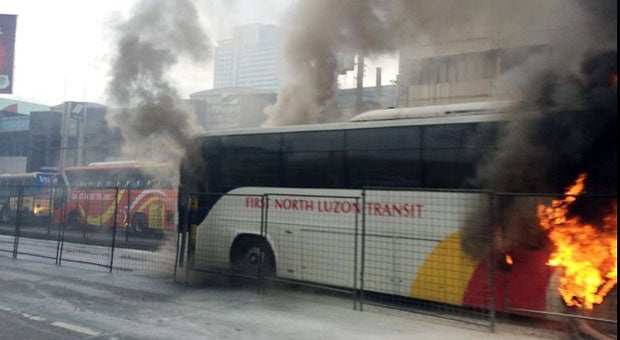 MMDA in a Twitter post said the bus caught fire along the northbound lane of Edsa-P. Tuazon due to an electrical problem.

Lolita Pamplona of the MMDA Metrobase said the bus, with plate number CWW 438, caught fire around 4:21 p.m. but fire out was declared shortly before 5 p.m.

Pamplona said no one was reported injured in the accident.

She, however, warned motorists of heavy traffic along Edsa particularly in the Cubao area.