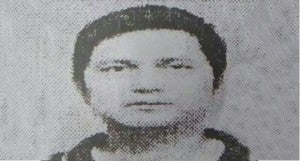 MANILA, Philippines—The Maserati-driving motorist who allegedly assaulted a traffic constable in Quezon City also faces a robbery complaint and is reportedly an owner of several firearms whose licenses have already expired.

A check by the police also showed that Joseph Russel Ingco has 42 other vehicles registered in his name, including at least 15 trucks and three sport utility vehicles.

These new legal issues and additional information about Ingco cropped up Friday, even as he sent a lawyer to meet with the chief of the Quezon City Police District (QCPD) and issued a press statement saying “the truth will eventually come out.”

Inqco, 39, has yet to surface at the QCPD at press time. A police team failed to find him Thursday night at his known address at a condominium building in New Manila, but the team spotted his Maserati at the parking area.

QCPD director Senior Supt. Joel Pagdilao said Inqco would also be sued for taking the cell phone of Jorbe Adriatico, the traffic aide from the Metropolitan Manila Development Authority (MMDA) who earlier filed complaints against the motorist for punching him and breaking his nose Thursday morning.

It was the same cell phone used by Adriatico to take a video of Ingco in his Italian sports car, which the MMDA enforcer encountered on Quezon Avenue as it was about to make an illegal left turn.

Irked by Adriatico’s actions, Ingco instead made the proper U-turn through a slot several meters away but later flashed the dirty finger at him, according to the complaint. The motorist turned violent when Adriatico dared him to repeat the taunting gesture.

According to Pagdilao, records from the Land Transportation Office showed that Ingco may be in the trucking business. Aside from the Maserati, he has a fleet of trucks in his name along with three SUVs, he said.

Meanwhile, a police official based in Camp Crame said Ingco has records in the Firearms and Explosives Office of the Philippine National Police.

The official, who declined to be named for lack of clearance to speak on the matter, said the motorist had several firearms registered with the PNP but that their licenses had already expired.

Also on Friday, Ingco’s lawyer Ian Ludovice met with Pagdilao to assure the QCPD chief that his client would face the complaints.

In a statement sent to GMA News, Ingco said he would submit himself “to the proper legal processes.”

“I am a very private person and my wife and children are severely suffering from all the cruel statements being made against my person,” Ingco said. “What happened was truly sad but I hope that people will let due process take its course. I am praying for the patience and unders tanding of everybody.”

“I have full trust and confidence in our legal system and I believe that the truth will eventually come out,” he added.

Adriatico still had a plaster strip on his broken nose when he spoke to reporters at the QCPD yesterday. He said his “stolen” cell phone could no longer be reached when he tried calling it.

He said he’s pressing charges against Ingco because “drivers have a low regard for us, traffic enforcers, and (my experience) must not happen to the others.”

Told of Ingco’s statement, Adriatico maintained that “truth is on my side; I’m not making anything up.” He said he would not agree to any settlement “because I want traffic enforcers to be respected on the road.”

According to Pagdilao, Adriatico received “awards” from the QCPD in May this year and in 2010 for helping the police arrest snatchers in Quezon City. “We believe in his character and his desire to serve the public,” he said. With a report from Julie Aurelio