Lawmakers’ projects in 2015 budget not ‘pork’—Escudero

MANILA, Philippines — The inclusion of projects identified by lawmakers in the 2015 national budget does not constitute a return to the pork barrel system but is an exercise of the lawmakers’ power of the purse, according to Sen. Francis Escudero.

Escudero, the Senate finance committee chair, defended on Tuesday, the inclusion of lawmakers’ proposed projects in the draft of the 2015 budget, saying this could not be seen as a violation of the Supreme Court ruling declaring the unconstitutionality of the lump sum Priority Development Assistance Fund.

It was, in fact, compliant with the court’s ruling because the Supreme Court prohibited only the post-enactment intervention of members of Congress in the budget, said Escudero. The identification of projects by lawmakers for inclusion in the budget would constitute pre-enactment activity, would be well within their power to do so, and would not violate the high court ruling, he said.

Sen. Miriam Defensor Santiago railed, on Monday, against indications that lawmakers would be keeping the pork barrel intact in the 2015 budget, noting that members of the House of Representatives have been asked to submit lists of projects for their districts. 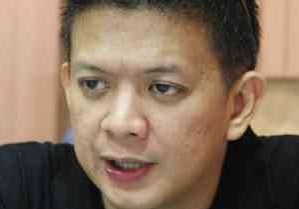 Santiago also criticized the proposed definition of savings, which, she said, meant savings could be declared at any time of the year at any stage of the project. She said this was overly broad and vague.

Pork barrel or PDAF refers to the lump sum fund in the budget that was used to fund projects that members of Congress identified only after the budget had been passed into law.

“I thought they wanted the power of the purse in Congress. So legislators identify a project, they exercised their power of the purse. Is this prohibited? What the Supreme Court said is that post enactment intervention is not allowed,” Escudero told reporters.

He said lawmakers could propose amendments to the budget bill or projects because Congress should not act as a rubber stamp by simply approving the executive’s version of the budget bill.

“What do they want us to do if [Budget Secretary] Butch Abad submits a budget, we can’t touch it? Where is the power of the purse there?” he said.

He said that for instance, a senator could propose funding for a new road that his province needed, especially if the Department of Public Works and Highways failed to include it among its proposed projects.

The lawmaker’s proposal would be a legitimate exercise of a legislative power, he added.

“It’s pre-enactment intervention, not post-enactment. It’s well within the purview of what the Supreme Court allows in its definition of pork barrel. And that’s what the House did,” he said.

Escudero said government departments would be required to itemize the projects to be funded by lump sum funds in the budget before the release of the money.

Agencies would also be required to report to Congress and to the Commission on Audit on how these funds were spent, he added.

The Senate came up with its own definition that was compliant with the Supreme Court ruling invalidating most of the activities under the Disbursement Acceleration Program, he said.

The DAP was a mechanism that the Aquino administration had used to impound savings and to reallocate funds to priority projects of the administration.

For instance, if a project originally costing P10 million was awarded early in the year for only P9 million, the P1 million left could be considered savings even before the end of the year, and used to fund other projects, Escudero said. If authorities were to wait until the end of the year to use this, the cost of materials might go up.

Savings could also be declared under the Senate definition if a project is discontinued or the agencies no longer have the ability to commence it, but through no fault of theirs.

Programmed appropriations that have not been released due to the fault of the concerned agency could not be considered as savings, and would revert to the general fund.

The Senate version defines savings as “the portions or balances of any released appropriations in the general appropriations act, which have not been obligated.”

But Escudero also said he agreed with Santiago that if a project was deemed terminated in one year, it could not be commenced again the following year.

He would include such a provision in the Senate version of the budget, he said.