MANILA, Philippines— To enhance its capability, the Philippine National Police (PNP) is planning to get 45 units of explosive detection dogs, which cost P500,000  each.

The need for more bomb sniffing dogs was emphasized by Senator Francis “Chiz” Escudero, chairman of the Senate committee on finance, when he defended on the floor Tuesday night the proposed budget of the Department of the Interior and Local Government and its attached agencies, including the PNP.

The issue was brought up when Senator Grace Poe inquired about the PNP’s equipment included in the proposed budget next year. 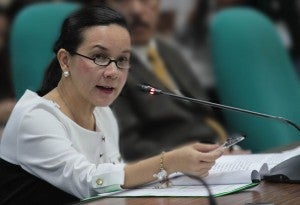 Poe then asked about the current peace and order situation, noting the reported decline of crime incidence in the country.

“For the first semester only, Mr. President, your honor. Less than half of what was reported last year,” he said.

“That’s quite commendable. Would it be safe to say that there are certain reorganization or reassignment of personnel that was done?” asked Poe to which Escudero confirmed, quoting Interior Secretary Manuel Roxas II.