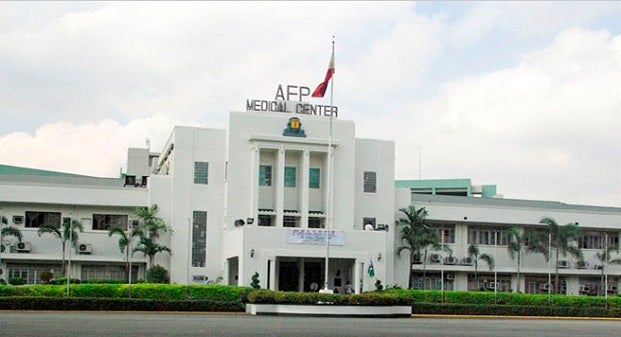 MANILA, Philippines — Four Filipino peacekeepers from Liberia who recently arrived in Manila and one who was being kept for quarantine on Caballo island have been brought to V. Luna Medical Center in Quezon City, a military official said.

The four peacekeepers, who arrived in the country through commercial plane last Saturday, were brought to the Armed Forces of the Philippines Medical Center (also known as V. Luna hospital) on the same day, military spokesperson Lieutenant Colonel Harold Cabunoc said on Tuesday.

Cabunoc said the four, who were cleared to travel after passing the Ebola screening by United Nations personnel, will undergo quarantine in the said military hospital.

“The decision to let them undergo the quarantine at AFPMC is based on the guidance from Department of Health,” Cabunoc said.

Meanwhile, a military source in Manila who spoke on condition of anonymity said the peacekeeper from Caballo island had “chest pain” and was transported via fastcraft to Sangley Point in Cavite and to V. Luna through an ambulance on Monday night.

A fellow peacekeeper told INQUIRER.net by phone that the patient, who had a rank of Staff Sergeant, suffered chest pains supposedly from playing basketball in the morning and afternoon of Monday.

Officials from V. Luna, Task Group Liberia and Department of Health are not answering calls as of posting.

The first batch of the 133 peacekeepers, composed of 108 from the AFP, 24 from the Philippine National Police and one from the Bureau of Jail Management and Penology, arrived in the country last November 12.

The second batch, composed of four personnel from AFP, arrived a few days behind as they took charge of the transport of equipment and vehicles they used in Liberia.

These peacekeepers passed the Ebola screening conducted by UN doctors before their repatriation from Liberia. This meant they posed “no risk.” However, they were still subjected to a three-week quarantine for precautionary measures. The quarantine period will end on December 3.

One peacekeeper who developed fever and diarrhea days after their arrival to the island was brought to the Research Institute for Tropical Medicine (RITM) in Alabang. He was later diagnosed with malaria.

Some of the symptoms of Ebola include fever, headache, diarrhea, stomach pain, muscle pain and unexplained bleeding or bruising.

Over 5,000 have been killed by the deadly virus in West Africa since December last year, according to the World Health Organization.