Acting Health Secretary Janette Garin reported on Saturday that the Filipino peacekeeper who came down with a fever on Friday, his second day in quarantine on Caballo Island after returning from Ebola-stricken Liberia, tested negative for the dreaded disease.

“However, we are saddened to learn that the patient was positive for malaria,” Garin said at a press briefing at the National Kidney and Transplant Institute in Quezon City.

“Combination treatment has started. It’s in the early stage so there’s no complication,” she said.

The findings should be reassuring, as word went around by text on Friday that the peacekeeper had Ebola and that the nation was vulnerable, prompting the military to appeal to the public not to propagate the unconfirmed information to avoid causing panic. 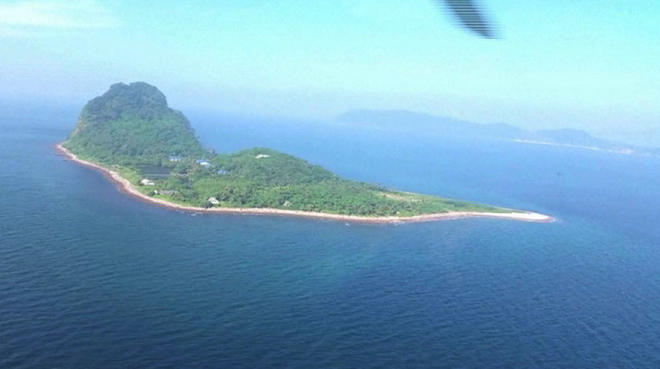 Malacañang followed on Saturday, with deputy presidential spokesperson Abigail Valte calling on the public not to panic.

“We should depend on the reliable information from our government,” Valte said on state-run radio.

President Aquino ordered the peacekeepers home in October to keep them safe from Ebola.

The peacekeepers—108 soldiers, 29 policemen and one jail officer—arrived at Villamor Air Base on Wednesday on a UN-chartered Russian plane and were taken to Caballo Island on Manila Bay to be quarantined for another 21 days.

The Ebola virus has an incubation period of 21 days. It has sickened more than 14,000 people, mostly in West Africa, and killed more than 5,000 since its outbreak in March.

Ebola symptoms include fever, vomiting, diarrhea and internal bleeding in the last stages.

Quoting health officials, Valte reminded the public that Ebola can be transmitted only through direct contact with a patient’s bodily fluids.

The ailing peacekeeper was taken to the Research Institute for Tropical Medicine (RITM) in Muntinlupa City late Friday and was put through the PCR (polymerase chain reaction) and Elisa (enzyme-linked immunosorbent assay) tests.

Dr. Socorro Lupisan, RITM director, explained that Elisa is a qualitative analysis that looks for antigens and antibodies, while PCR looks for the genetic material of the virus.

The results of both tests were negative for the Ebola virus, Lupisan said.

But Garin said traces of Plasmodium falciparum, a parasite that causes malaria, were found in the peacekeeper’s blood. Of the four types of malaria-causing parasites, it is the most fatal and has the capacity to attack the brain, she said.

He got it in Liberia

Garin gave assurance, however, that the female mosquito that carries the parasite is not found on Caballo Island so that is not where the peacekeeper contracted malaria.

But he did come down with malaria in Liberia before and it is possible, Garin said, that he was not properly treated or that he contracted the disease again before leaving Liberia.

“The patient is in the hands of one of the experts in infectious diseases, the RITM. Every eight hours, [his] blood is being tested to monitor response to the combination therapy to kill the parasite,” Garin said.

She said malaria-causing parasites had developed resistance so that it had become necessary to battle them with a cocktail of drugs and monitor the patient’s response.

Battling the parasites could take a week, Garin said. Once the parasites are gone, she said, the peacekeeper will be returned to Caballo Island to resume quarantine.

Lupisan said about 20 Filipinos returning from Africa had been treated for malaria.

Malaria is endemic to Africa.

Who is that soldier?

The government has imposed the quarantine requirement on people coming home from the Ebola-stricken countries in West Africa—Sierra Leone, Liberia and Guinea—to keep the Ebola virus out of the Philippines.

“Therese,” wife of one of the peacekeepers quarantined on Caballo Island, yesterday said she understood the measure was necessary, but the malaria finding on the soldier at RITM was not reassuring for her, as malaria is a killer disease.

The Inquirer is not using the real name of Therese at the request of the Department of Health and the Philippine Air Force to save the relatives of the peacekeepers from being stigmatized in their communities. (See related story on this page.)

“The thing is, we don’t know who is in that hospital. Nobody has given us (the relatives of the peacekeepers) any information. What do we do? We just guess? We can’t do that,” Therese said.

Therese is complaining about the government’s minimizing contact between the quarantined peacekeepers and their families.

Lupisan said there was no vaccine for Ebola yet. But supportive treatment, or treating the symptoms, will help the patient develop resistance and fight the virus on his own, she said.

“If the patient is dehydrated, give him fluids. If there’s a fever, paracetamol. If there’s diarrhea, the patient should be hydrated,” she said. With a report from Kristine Felisse Mangunay