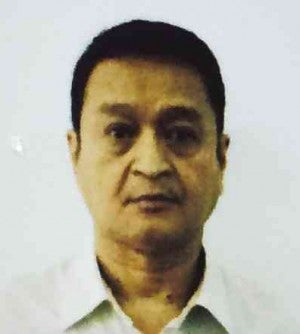 MANILA, Philippines – The country’s chief prosecutor has condemned the “ingrained practice of corruption” within the service, calling on colleagues to remember their mandate following the arrest of a Quezon City prosecutor for extortion on Friday.

In a statement, Prosecutor General Claro Arellano warned that the Department of Justice and the National Bureau of Investigation would continue entrapment operations similar to the one that led to the arrest of Assistant City Prosecutor Raul Desembrana in Quezon City the other day.

Desembrana was arrested in an entrapment Friday, caught in the act of accepting the P80,000 he had demanded from a litigant as payoff for dismissing the case against him.

“The National Prosecution Service strongly condemns the ingrained practice of corruption that has permeated some of our members. All prosecutors should be continuously reminded that a public office is a public trust, and that graft and/or corrupt practices (whether directly or indirectly) have no place in the performance of our noble duty as prosecutors,” said Arellano in a statement issued late Friday.

Arellano said Desembrana’s arrest should “serve as a stern warning and deterrent to our prosecutors.” The prosecutor is facing direct bribery charges.

“With the continuing assistance of the NBI, we will continue to weed out these erring ones from our ranks to ensure systematic reform in the prosecution service that will outlast us all,” said the official.

The chief prosecutor also reminded the country’s prosecutors that they should remain loyal to their duty and true to their role as fair agents of justice.

“Our role as prosecutors, first and foremost, is that justice should be afforded to everyone. We cannot, and should not, be enticed by any other consideration in the performance of our duty other than the law,” Arellano said.

“All prosecutors are reminded to maintain utmost fidelity to their sworn duty and to upholdpersonal integrity at all times,” he added.

Montes, a community doctor who was among the so-called “Morong 43” health workers detained in 2010 by the military for alleged links to the New People’s Army, is represented by the National Union of People’s Lawyers in the case.

De Lima said Friday that she would allow similar operations to cleanse the prosecutors’ ranks.

“I said it before and I will say it again: at the risk of causing occasional embarrassment to us as an institution, I don’t mind authorizing such entrapment operations even on a regular basis, if only to rid our ranks of misfits and scalawags,” De Lima said in a statement.