LP head of league of towns in pork barrel scam 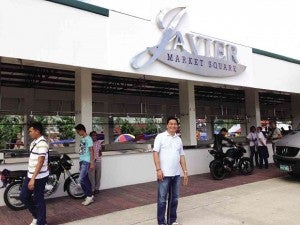 MANILA, Philippines–The head of the league of municipalities in the country and a mayor involved in a road rage incident were implicated by the Commission on Audit (COA) in the pork barrel scam for getting a total of P70 million in Priority Development Assistance Fund (PDAF) of four senators and giving the money to bogus nongovernment organizations controlled by Janet Lim-Napoles, now detained on plunder charges.

The COA reported that Javier town in Leyte province, led by Mayor Leonardo “Sandy” Javier, owner of a popular grilled chicken franchise, failed to account for PDAF worth P30 million that it received from June to August 2012.

Javier, a member of the Liberal Party (LP), is the president of the League of Municipalities of the Philippines. He founded the Andok’s chain of chicken kiosks in the country.

The funds were coursed through the Social Development Program for Farmer’s Foundation Inc. (SDPFFI), which was headed by Benhur Luy, a former Napoles employee who turned whistle-blower.

The senators endorsed SDPFFI to Javier to implement the project.

The COA also ordered the mayor of Bulakan town in Bulacan province, Patrick Meneses, to refund P40 million he had channeled to bogus NGOs from 2012 to 2013.

Estrada and Enrile, along with Sen. Bong Revilla and Napoles, have been charged with plunder by the Office of the Ombudsman in the Sandiganbayan in connection with the P10-billion pork barrel scam.

The Ombudsman said the senators illegally diverted their PDAF allocations to the Napoles NGOs in exchange for kickbacks—more than P172 million for Enrile, P242 million for Revilla and P183 million for Estrada—“under a modus operandi of a combination and series of overt criminal acts repeatedly taking place over a number of years.”

Enrile, Revilla and Estrada—all detained in the custodial center of the Philippine National Police in Camp Crame in Quezon City—have denied any wrongdoing.

As of press time, Legarda and Marcos had not sent their reactions to the COA findings despite Inquirer requests coursed through their staff. Meneses refused to comment.

Told about the COA report, Javier, who was abroad, said Monday night in a text message: “The fund was given to my town. Goods were delivered and distributed to our farmers. This resulted in our town’s biggest Farmers’ Day Celebration in 2012 and redounded to the benefit of our farming community.”

Javier added that the town liquidated the funds under the previous COA auditor but the auditor was replaced four months ago.

The P40-million pork fund for Bulakan was supposedly meant for livelihood projects, organic farming, purchase of high-value crops and vermicomposting.

Both Cared and KMFI belong to Napoles’ NGO network. HEARTS was found to have been owned by Danilo Salvador, the husband of Bulakan’s municipal agriculturist officer. It was established 11 months after it received the pork funds in January 2012. 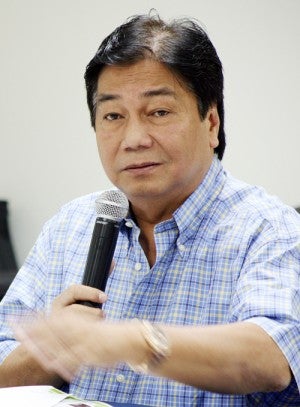 “The municipality had entered into agreements with NGOs whose identities, existence and capabilities have not been fully established. As a consequence, the PDAF releases amounting to P40 million did not benefit the targeted beneficiaries nor the public,” said the COA, which disallowed these fund releases.

Meneses and his mother were recently charged by the family of Inquirer publisher Raul Pangalangan in connection with a road rage incident. Meneses is better known today as the partner of actress Ara Mina. He used to be a partner of another actress, Aiko Melendez.

In Javier town, the COA noted that the pork funds had not been liquidated and that town officials had failed to monitor and inspect the projects.

The COA finding showed that Javier had failed to provide documents on how it used the pork funds except for the memorandum of agreement and the project description.

“The absence of documents to support the propriety and validity of fund releases to NGOs renders all questionable transactions proper subjects of disallowance during post-audit,” the COA said.

The COA added that the absence of documentation and monitoring would “endanger” the PDAF to “misuse or loss” as it would conceal the accountability of the NGO.

— It did not give a detailed list of expenses and disbursements.

— It did not publish the list of priority projects.

— The NGO it tapped had no accreditation and technical capability profile.

— The town did not submit a performance security bond.

— Certificates of registration from the Securities and Exchange Commission, the Cooperative Development Authority and the Department of Labor and Employment were not complied with.

“This setup meant that fund uses were tolerated without regard to the existence of documentation. Additional funds were granted even if the previous releases were not yet fully liquidated nor an interim fund utilization report submitted by the NGO,” said the COA.

In its exit conference, Javier officials did not comment on the absence of the monitoring documents but the mayor assured the COA audit team that the funds were utilized as proposed. He used a slide-show presentation to show that the project was implemented properly.

The COA recommended that Javier submit a liquidation report; stop the release of more government funds to projects with unliquidated reports; and compel its officials to monitor and inspect all local projects.

In Bulakan, the COA ordered the return of the funds; stop giving funds to dubious NGOs; charge the culpable officials; and file charges against the erring NGOs.