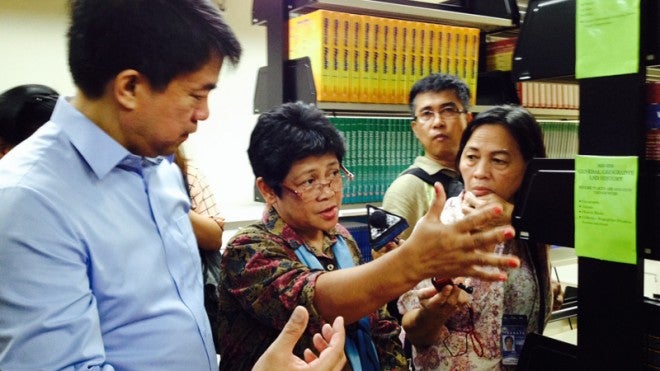 Senators Antonio Trillanes IV and Aquilino Pimentel III led the inspection of the 10-story high school building  after lawyer Renato Bondal revealed in a Senate hearing that it was overpriced by P800 million or 300 percent.

Binay has repeatedly declined the invitation to attend the investigation and answer the corruption allegations against him.

Instead, Binay challenged Trillanes to a public debate but the Vice President backed out.

Read Next
PNP buying 4×4 carriers for P398M
EDITORS' PICK
Of birthdays and armageddons: That Panelo paean to the President
Pacquiao uses S. Korean testing kit, tests negative
BREAKING: 1,075 people in PH has coronavirus disease – DOH
Style and music journeys with Claudia Barretto
PH to import 300,000 tons of rice
DSWD distributes P35-M relief goods to 30 LGUs
MOST READ
Pacquiao to seek probe on leaked private letter from Barangay Dasmariñas
Quarantined with cheating wife
Tootsy Angara bares neighbor wanted them out of village
‘I’ve been a doctor long enough to know that miracles do happen’
Don't miss out on the latest news and information.