Napoles’ children to be arraigned for graft in pork barrel case 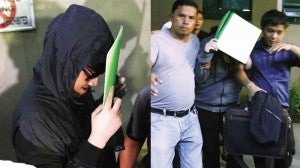 In a resolution released on Friday, the anti-graft third division set the arraignment on November 19 at 1:30 p.m.

This after the court junked the motion for reconsideration filed by James Christopher Napoles and his sister Jo Christine for lack of merit.

In their motion for reconsideration, Napoles’ children said there was no evidence to show that they conspired with their mother in the alleged scheme of diverting lawmakers’ Priority Development Assistance Funds (PDAF) to ghost projects for kickbacks.

The court ruled that the accused’s claims are premature in the preliminary stages of the case.

The court said these issues are best discussed during the trial proper of the case.

“To begin with, it is premature to discuss the issue regarding the credibility of the said whistleblowers. The issue as to whether these prosecution witnesses are telling the truth is best ventilated during the trial of the case,” the resolution read.

The Napoles siblings had asked the court to defer their arraignment originally set on October 13. The court then deferred the arraignment pending the replies of the prosecution and defense panels on the motion.

Both Christopher and Jo Christine posted bail while their mother Janet was being detained at the Camp Bagong Diwa female ward for allegedly masterminding the scam.